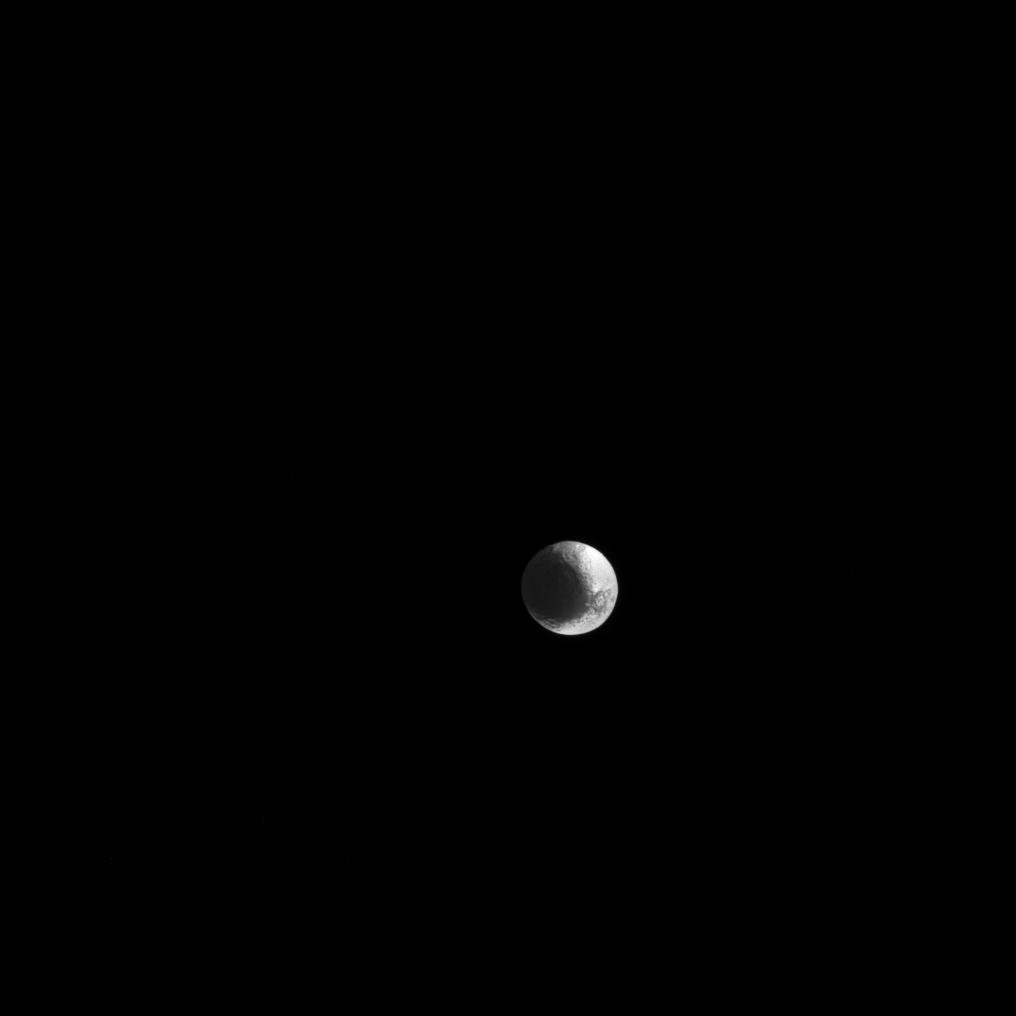 Iapetus is a world of contrast, with light and dark regions fitting together like cosmic puzzle pieces.

Cassini Regio on Iapetus (914 miles or 1,471 kilometers across) is covered in a layer of dark, dusty material creating a stark contrast to the much brighter region that surrounds it. This leads to the moon's distinctive, two-toned appearance. To learn more about the cause of the contrast between regions, see PIA06166.

This view looks toward Saturn-facing hemisphere of Iapetus. North on Iapetus is up and rotated 20 degrees to the right. The image was taken in visible light with the Cassini spacecraft narrow-angle camera on March 11, 2017.

The view was obtained at a distance of approximately 1.6 million miles (2.6 million kilometers) from Iapetus. Image scale is 9 miles (15 kilometers) per pixel.