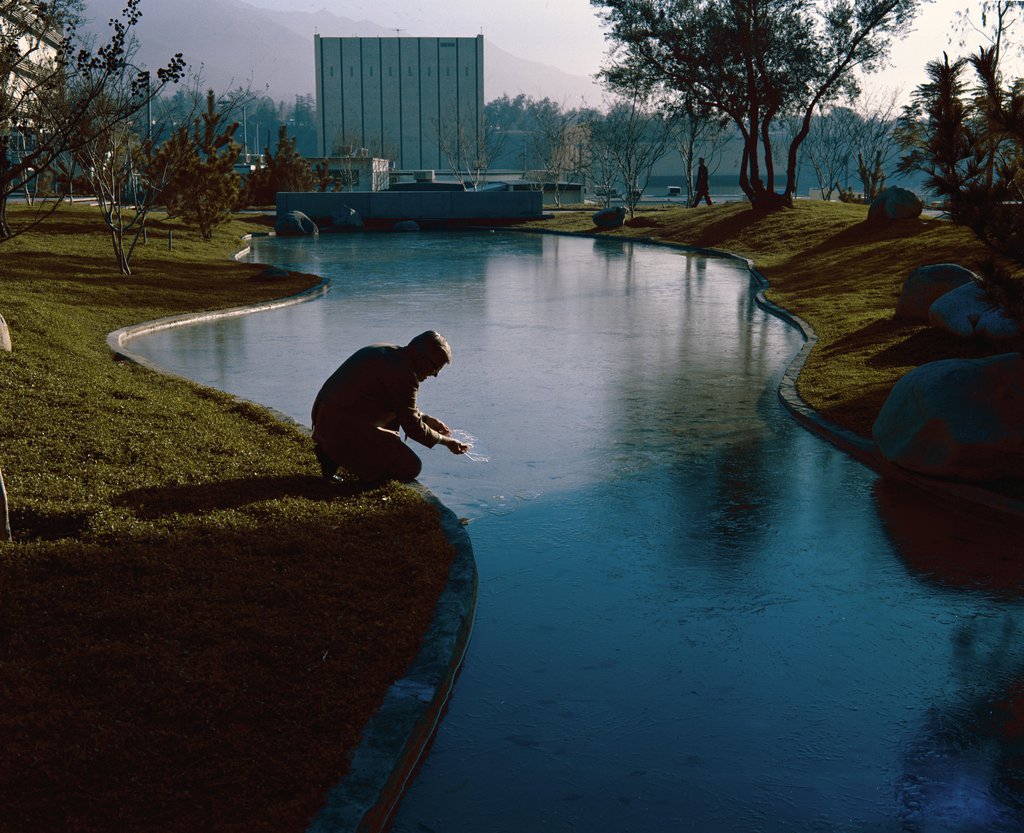 This photograph from 1971 shows the open-air gathering area at NASA's Jet Propulsion Laboratory known as "The Mall." It looks east towards the Applied Mechanics building (the blocky white building now numbered 157). The person in the foreground is Robert Steinbacher, the project scientist for the Mariner 9 mission to Mars. The concrete bridge crossing the ponds remains, even though the ponds have been removed. Many trees and another building, the Central Engineering Building (301), block the view to Building 157 now.