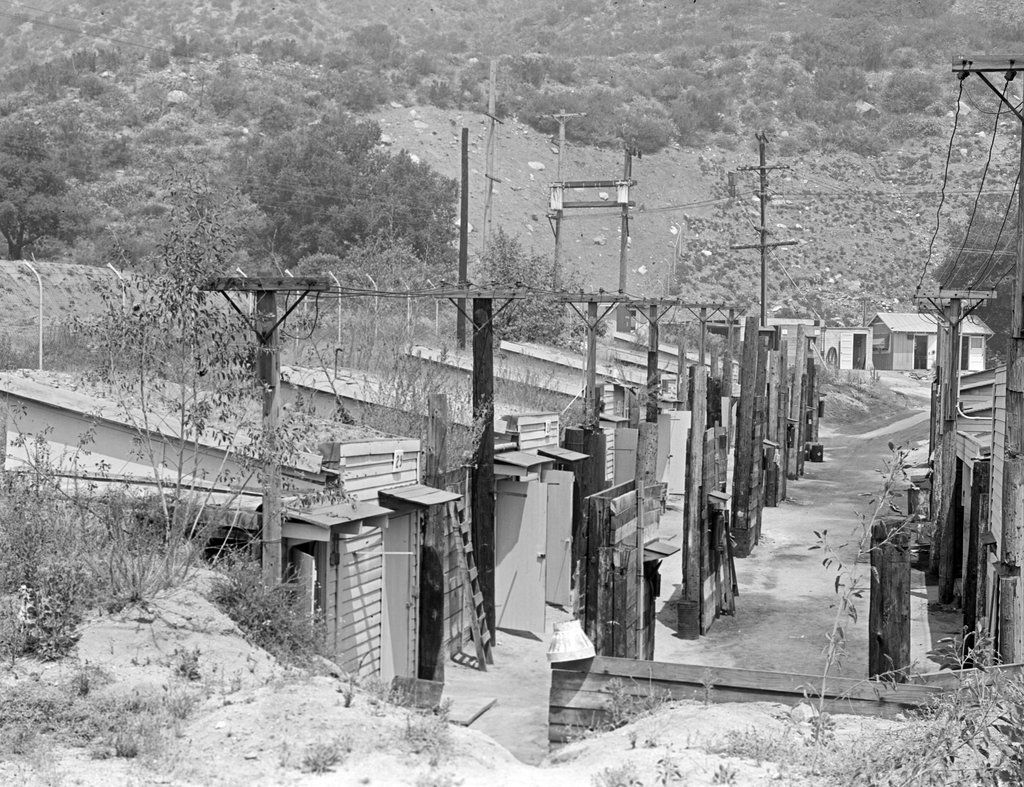 At the northeast end of the Jet Propulsion Laboratory, there was a row of rocket test pits and storage buildings that housed explosives. This was near the Arroyo Seco, a dry canyon wash at the base of the San Gabriel Mountains. The picture was taken in August 1944. Today, this area is a small parking lot behind the Fabrication Shop (Building 103).