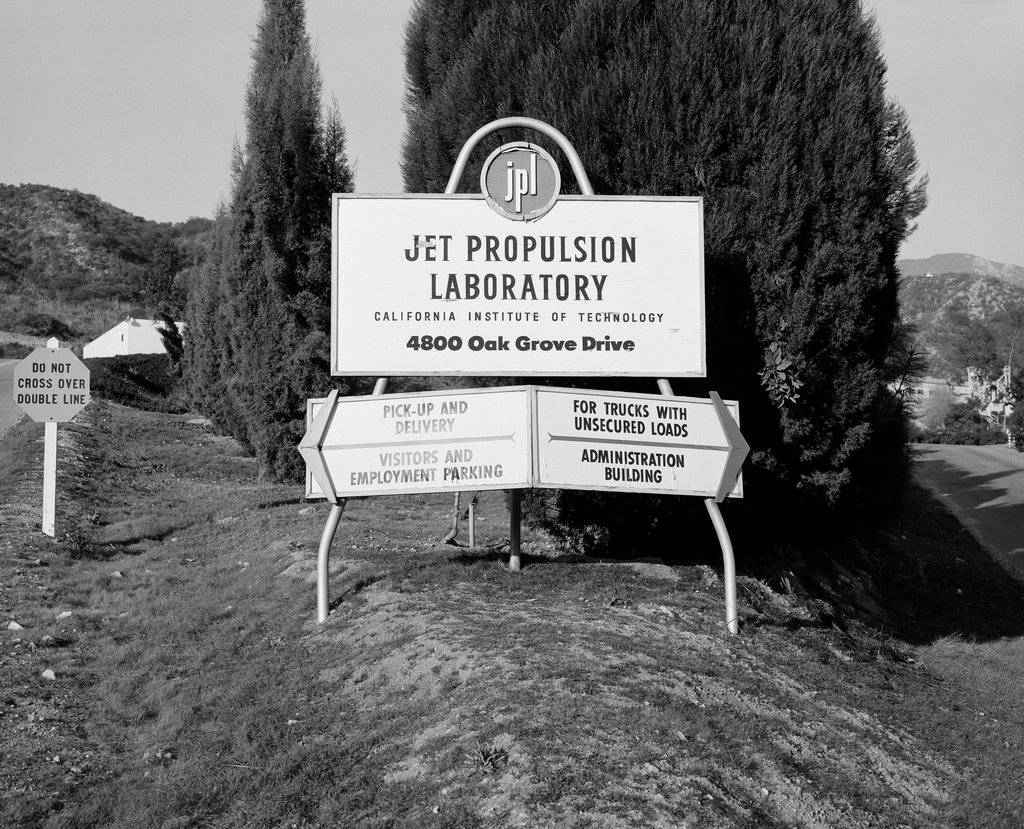 This is what greeted visitors to the Jet Propulsion Laboratory in December 1957, before NASA was created and the lab became one of its centers. There is no sign at this location today -- there is just a stairway that runs up the side of the main Administration Building (Building 180). The official lab sign has moved farther south, just as the lab itself has expanded farther south out from the base of the San Gabriel Mountains.