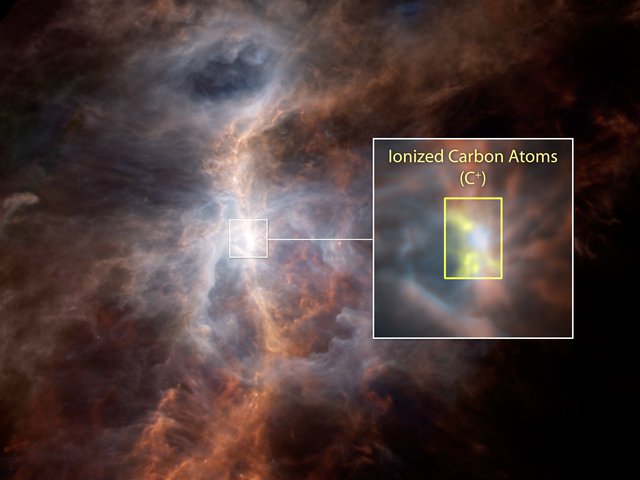 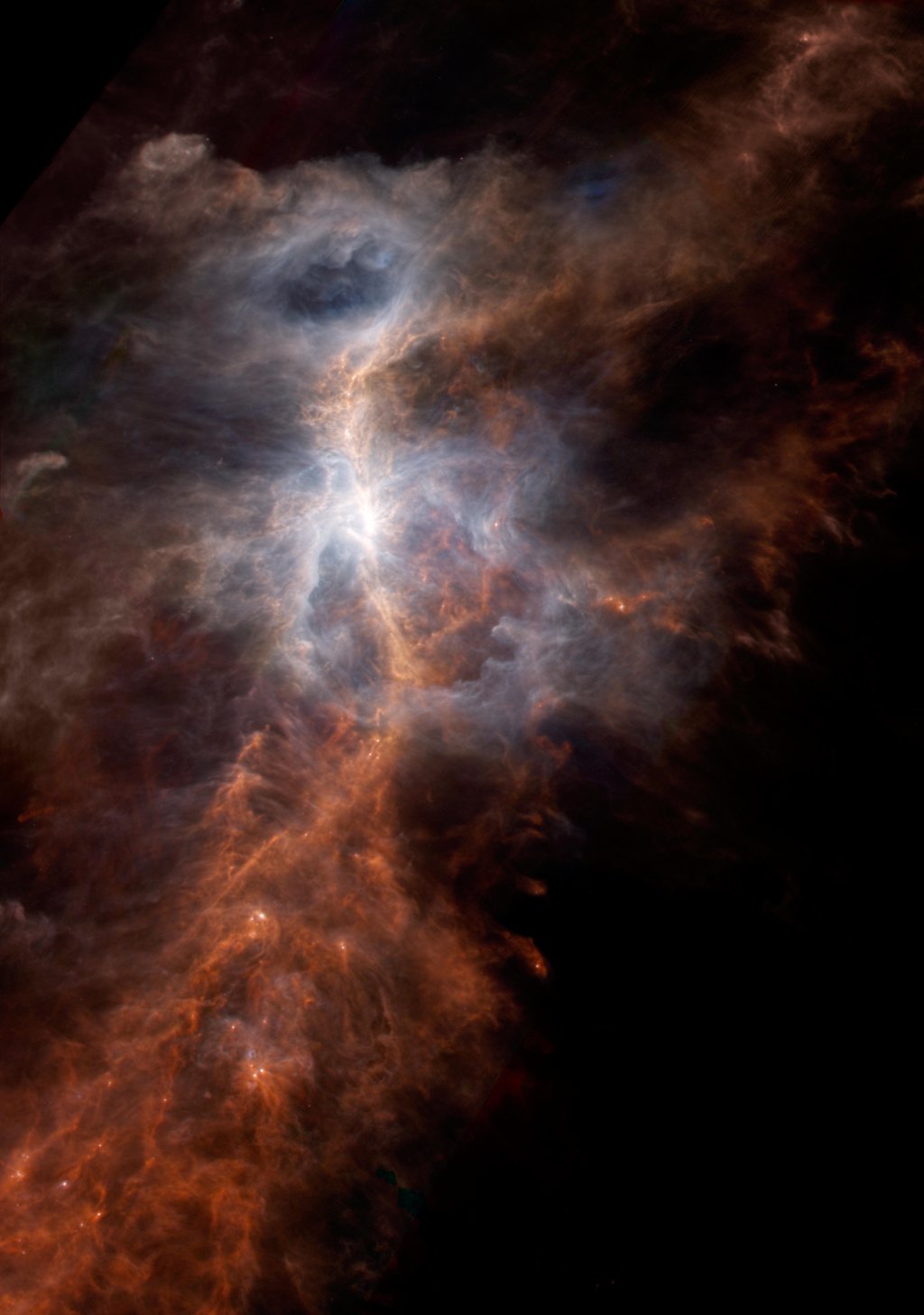 The dusty side of the Sword of Orion is illuminated in this striking infrared image from the European Space Agency's Hershel Space Observatory.

This immense nebula is the closest large region of star formation, situated about 1,500 light years away in the constellation of Orion. The parts that are easily observed in visible light, known alternatively as the Orion Nebula or Messier 42, correspond to the light blue regions. This is the glow from the warmest dust, illuminated by clusters of hot stars that have only recently been born in this chaotic region.

The red spine of material running from corner to corner reveals colder, denser filaments of dust and gas that are scattered throughout the Orion nebula. In visible light this would be a dark, opaque feature, hiding the reservoir of material from which stars have recently formed and will continue to form in the future.

Herschel data from the PACS instrument observations, at wavelengths of 100 and 160 microns, is displayed in blue and green, respectively, while SPIRE 250-micron data is shown in red.

Within the inset image, the emission from ionized carbon atoms (C+), overlaid in yellow, was isolated and mapped out from spectrographic data obtained by the HIFI instrument. A version without the inset is also available.

Herschel is a European Space Agency mission, with science instruments provided by consortia of European institutes and with important participation by NASA. While the observatory stopped making science observations in April 2013, after running out of liquid coolant as expected, scientists continue to analyze its data. NASA's Herschel Project Office is based at JPL. JPL contributed mission-enabling technology for two of Herschel's three science instruments. The NASA Herschel Science Center, part of IPAC, supports the U.S. astronomical community. Caltech manages JPL for NASA.