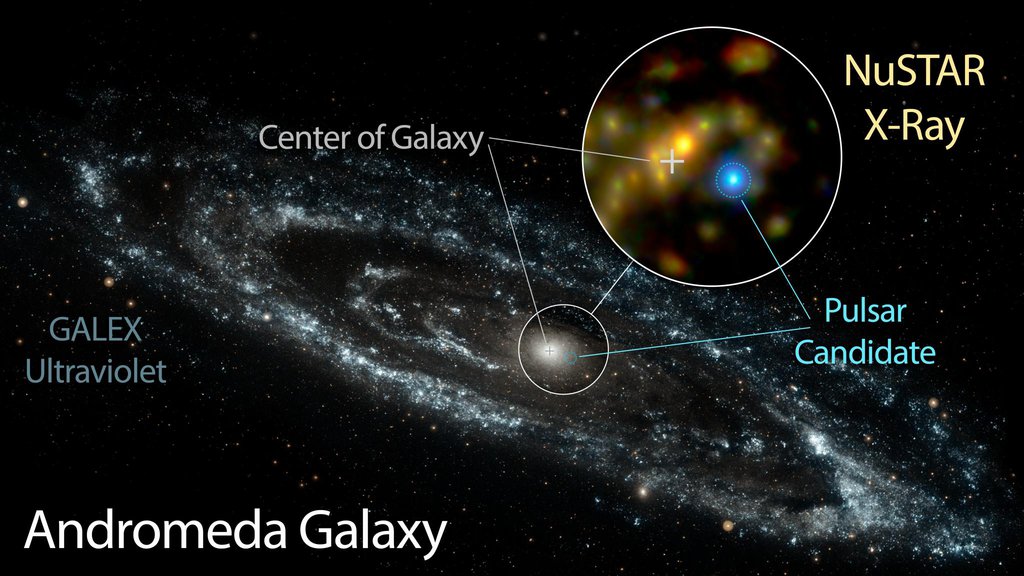 NASA's Nuclear Spectroscope Telescope Array, or NuSTAR, has identified a candidate pulsar in Andromeda -- the nearest large galaxy to the Milky Way. This likely pulsar is brighter at high energies than the Andromeda galaxy's entire black hole population.

The inset image shows the pulsar candidate in blue, as seen in X-ray light by NuSTAR. The background image of Andromeda was taken by NASA's Galaxy Evolution Explorer in ultraviolet light.

A variation of this image can be found in PIA20061.