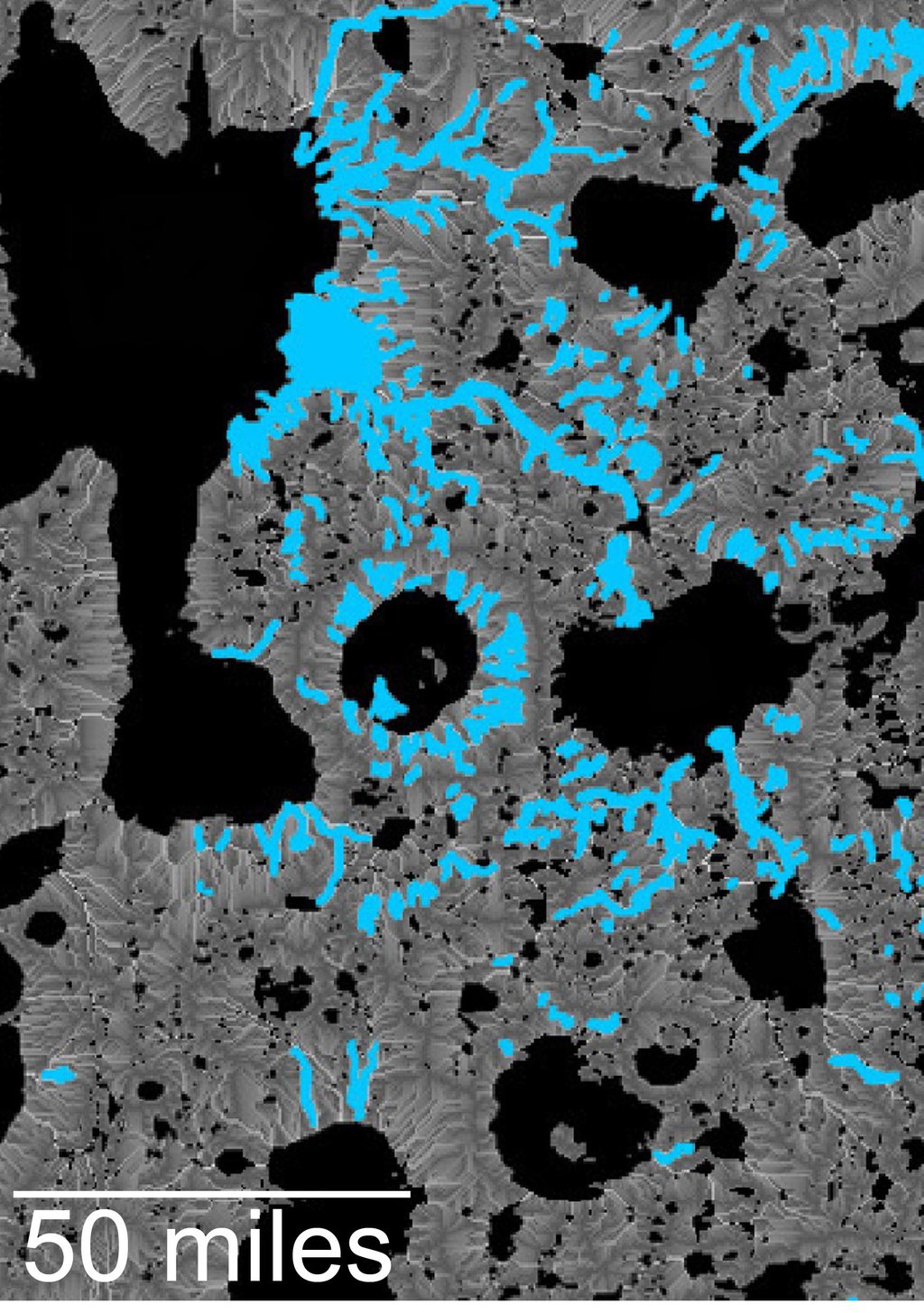 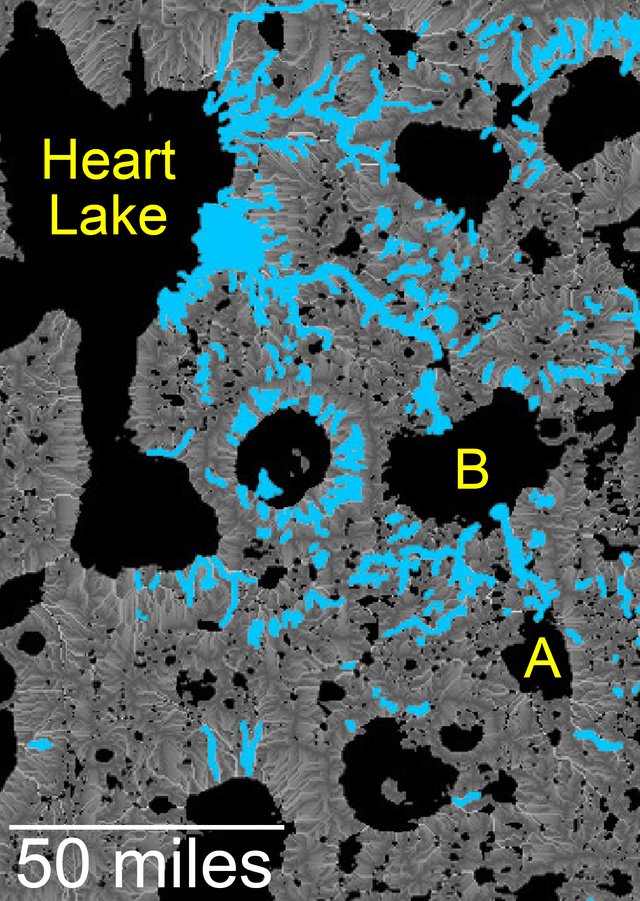 This map of an area within the Arabia Terra region on Mars shows where hydrologic modeling predicts locations of depressions that would have been lakes (black), overlaid with a map of the preserved valleys (blue lines, with width exaggerated for recognition) that would have been streams.

Most of the fresh shallow valleys in this northern portion of Arabia Terra terminate at the margins of model-predicted submerged basins, consistent with an interpretation of flows into lakes and out of lakes. Some valley segments connect to form longer systems, consistent with connections forged by flowing water between interspersed lakes. In the area mapped here, for example, valleys connect basin "A" to basin "B," and basin B to "Heart Lake," each lower in elevation in that chain. Detail of the valley interpreted as the northward outflow channel from basin B can be seen in the image at PIA20837. Relative topography of the region is mapped at PIA20838.

The area covered by this hydrologic-model map is about 120 miles (about 190 kilometers) wide, centered near 35.91 degrees north latitude, 1 degree east longitude.