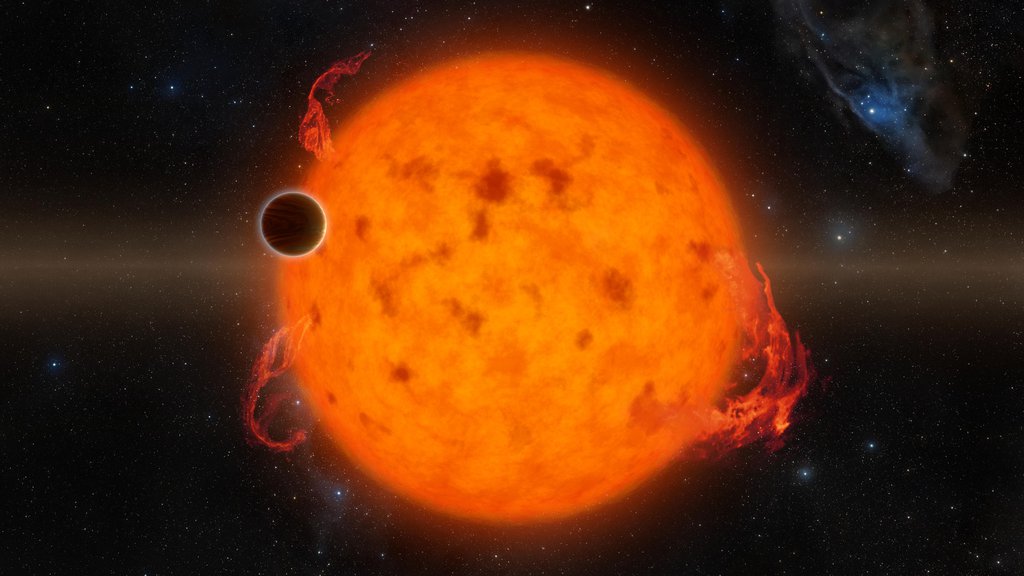 K2-33b, shown in this illustration, is one of the youngest exoplanets detected to date. It makes a complete orbit around its star in about five days.

These two characteristics combined provide exciting new directions for planet-formation theories. K2-33b could have formed on a farther out orbit and quickly migrated inward. Alternatively, it could have formed in situ, or in place.