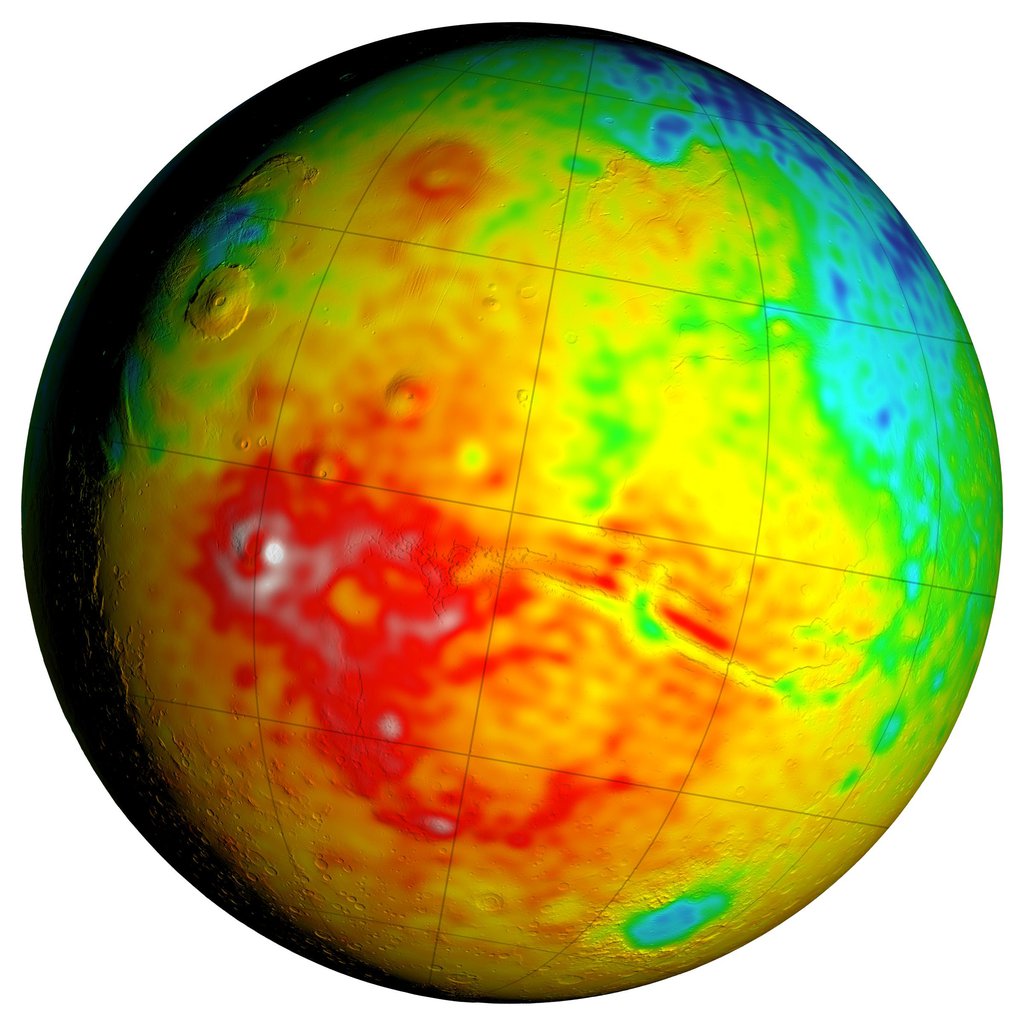 This Mars map shows variations in thickness of the planet's crust, the relatively thin surface layer over the interior mantle of the planet. It shows unprecedented detail derived from new mapping of variations in Mars' gravitational pull on orbiters.

This view of a global map is centered at 90 degrees west longitude, showing portions of the planet that include tall volcanoes on the left and the deep Valles Marineris canyon system just right of center. Color coding indicates calculated thickness of the crust, from dark blue for approximately 6 to 12 miles (10 to 20 kilometers) to white for approximately 56 to 62 miles (90 to 100 kilometers).

Additional views of this global map and related maps are available at http://svs.gsfc.nasa.gov/goto?4436.

Analysis of Mars' gravitational effects on orbiters passing over each location on the planet yielded a new global map in 2016 of local variations in the planet's gravity. The data came from many years of using NASA's Deep Space Network to track positions and velocities of NASA's Mars Global Surveyor, Mars Odyssey and Mars Reconnaissance Orbiter.