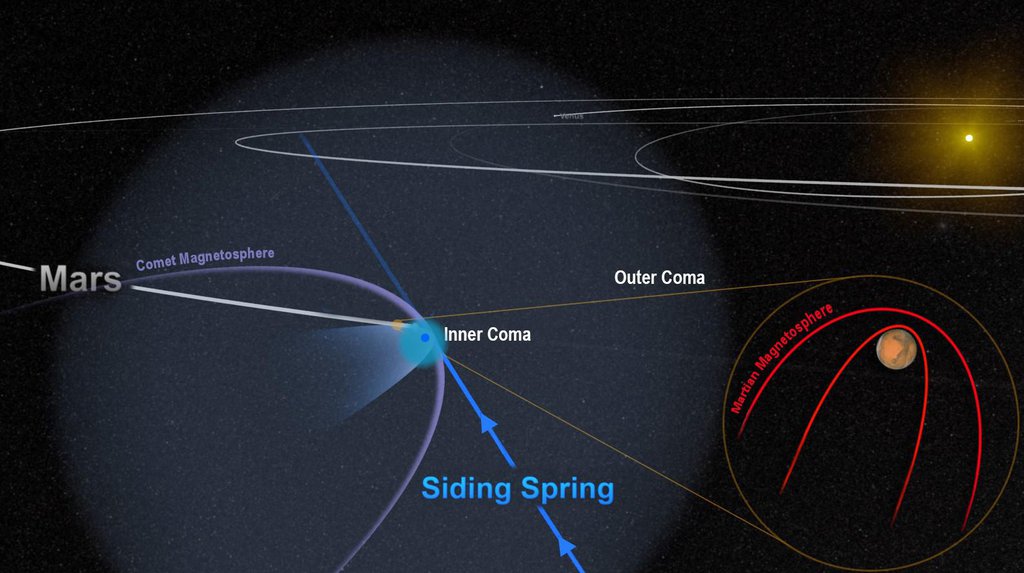 The close encounter between comet Siding Spring and Mars in 2014 flooded the planet with an invisible tide of charged particles from the comet's coma. The dense inner coma reached the surface of the planet, or nearly so. The comet's powerful magnetic field temporarily merged with, and overwhelmed, the planet's weak magnetic field, as shown in this artist's depiction.