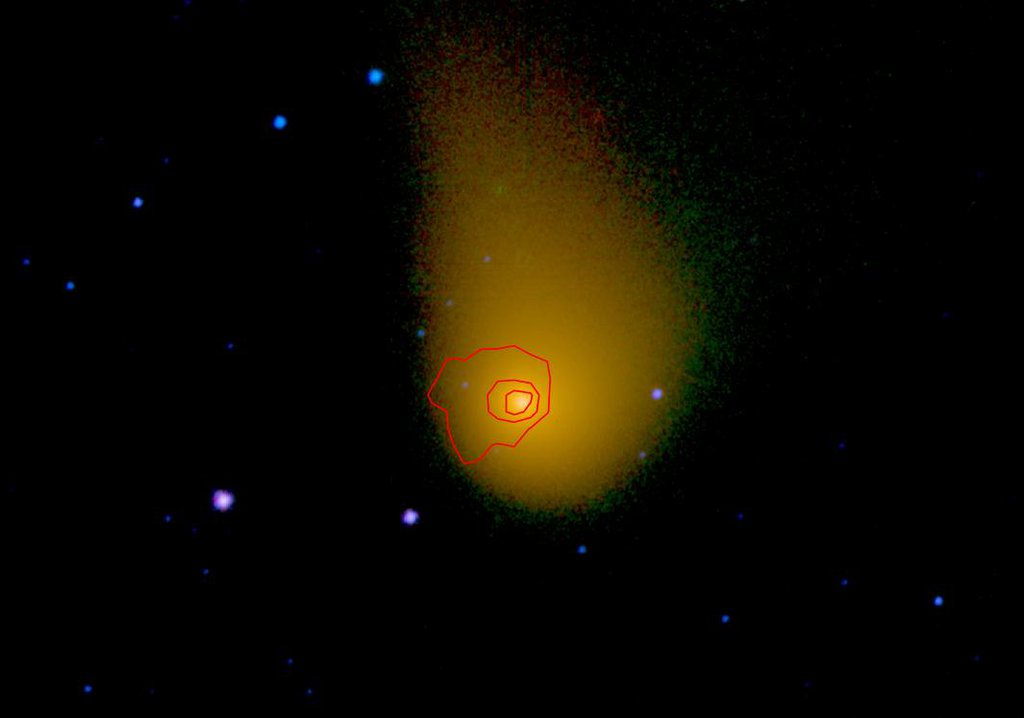 An expanded view of comet C/2006 W3 (Christensen) is shown here. The WISE spacecraft observed this comet on April 20th, 2010 as it traveled through the constellation Sagittarius. Comet Christensen was nearly 370 million miles (600 million kilometers) from Earth at the time.

The extent of the dust, about a tenth of a degree across in this image, is about 2/3rds the diameter of the sun.

The red contours show the signal from the gas emission observed by the WISE spacecraft in the 4.6 micron wavelength channel, which contains carbon monoxide (CO) and carbon dioxide (CO2) emission lines. The strength of the 4.6 micron signal indicates over half a metric ton per second of CO or CO2 was emitted from this comet at the time of the observations.