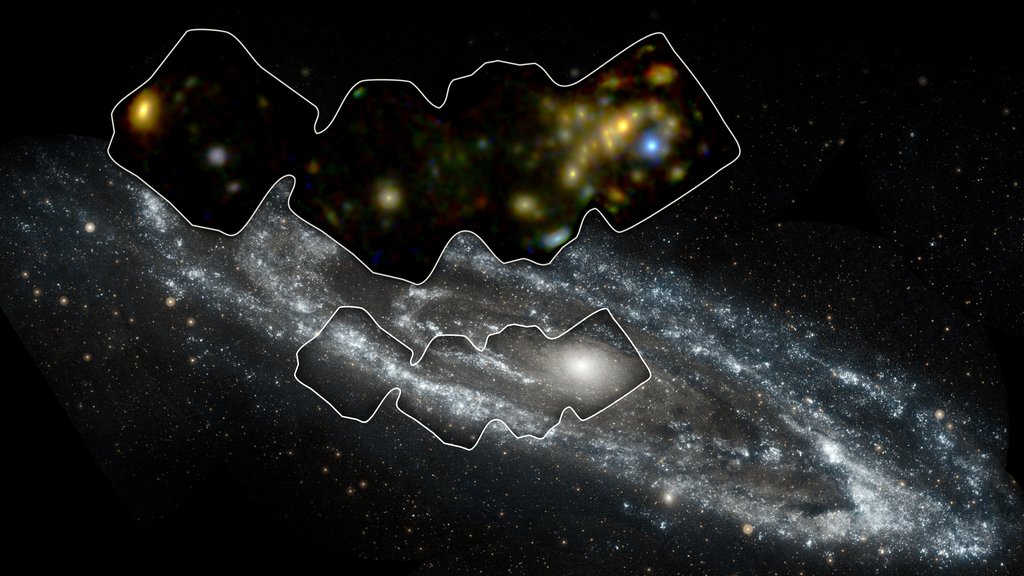 NASA's Nuclear Spectroscope Telescope Array, or NuSTAR, has imaged a swath of the Andromeda galaxy -- the nearest large galaxy to our own Milky Way galaxy.

NuSTAR's view (inset) shows high-energy X-rays coming mostly from X-ray binaries, which are pairs of stars in which one "dead" member feeds off its companion. The dead member of the pair is either a black hole or neutron star. NuSTAR can pick up even the faintest of these objects, providing a better understanding of their population, as a whole, in Andromeda. The findings ultimately help astronomers gather clues about similar objects in the very distant universe.

The background image of Andromeda was taken by NASA's Galaxy Evolution Explorer in ultraviolet light.