Informal Names for Features on Pluto 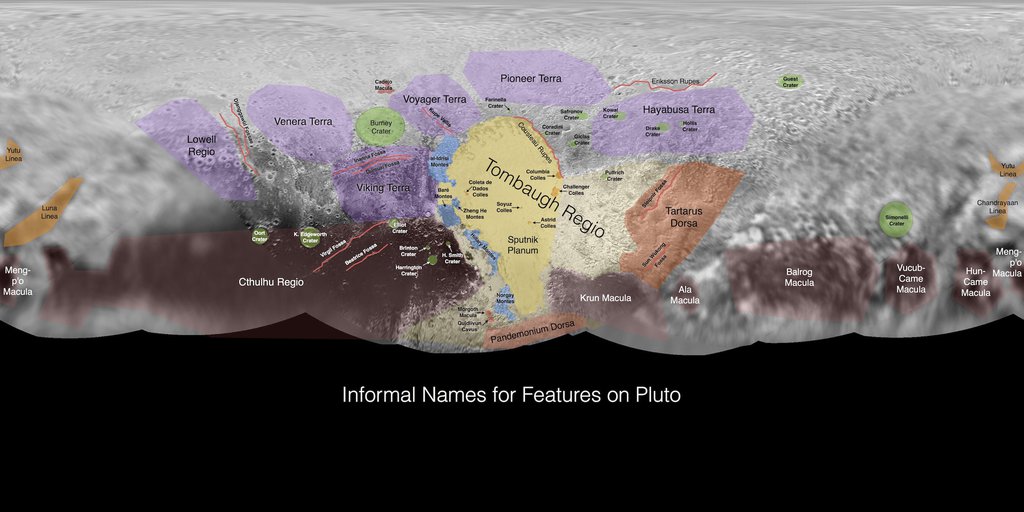