Close-Up of Charon’s ‘Mountain in a Moat’ 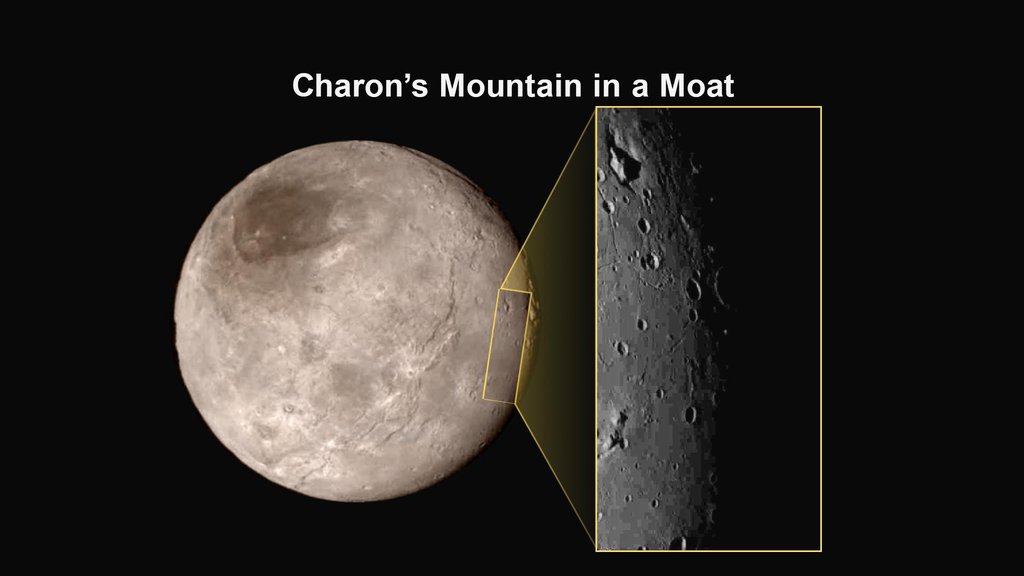 This image of an area on Pluto's largest moon Charon has a captivating feature -- a depression with a peak in the middle, shown here in the upper left corner of the inset. The image shows an area approximately 240 miles (390 kilometers) from top to bottom, including few visible craters.

This image gives a preview of what the surface of this large moon will look like in future close-ups from NASA's New Horizons spacecraft. This image is heavily compressed; sharper versions are anticipated when the full-fidelity data from New Horizons' Long Range Reconnaissance Imager (LORRI) are returned to Earth.

The rectangle superimposed on the global view of Charon shows the approximate location of this close-up view.