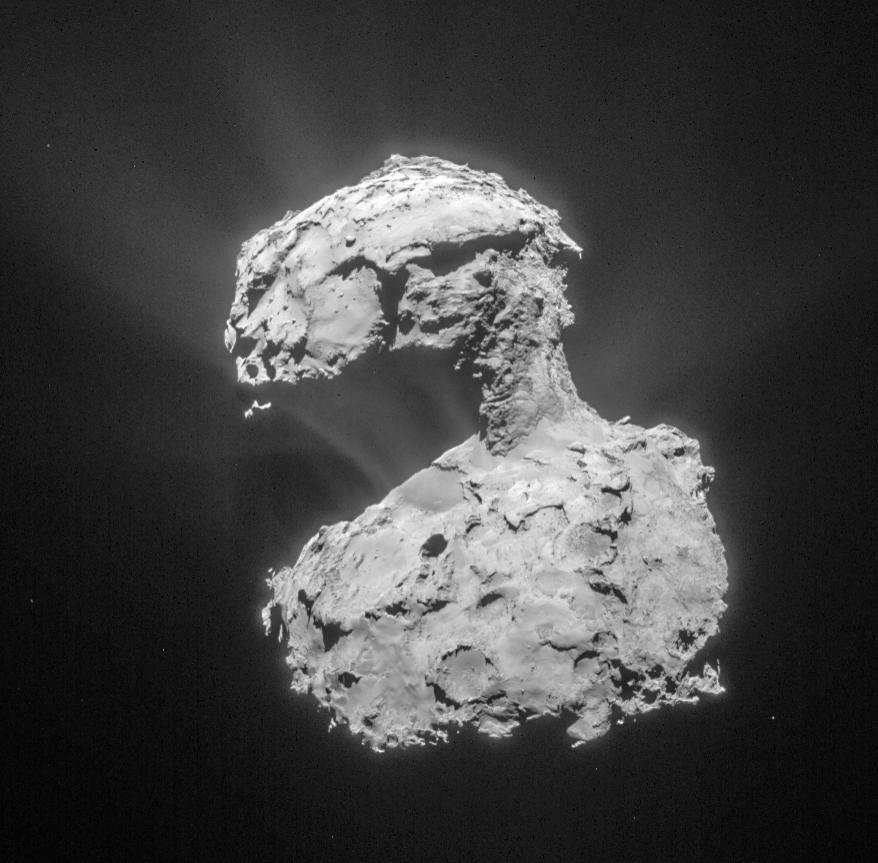 This image, by the Rosetta navigation camera, was taken from a distance of about 53 miles (86 kilometers) from the center of Comet 67P/Churyumov-Gerasimenko on March 14, 2015. The image has a resolution of 24 feet (7 meters) per pixel and is cropped and processed to bring out the details of the comet's activity.