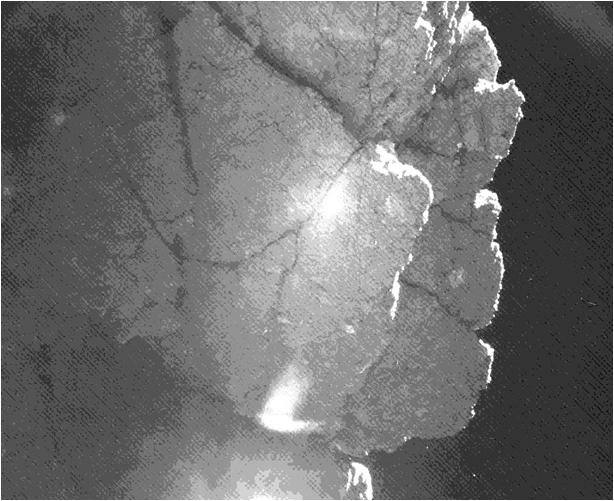 From the location where it came to rest after bounces, the Philae lander of the European Space Agency's Rosetta mission captured this view of a cliff on the nucleus of comet 67P/Churyumov-Gerasimenko. The feature is called "Perihelion Cliff." The image is from the lander's CIVA camera.