After the Explosion: Investigating Supernova Sites 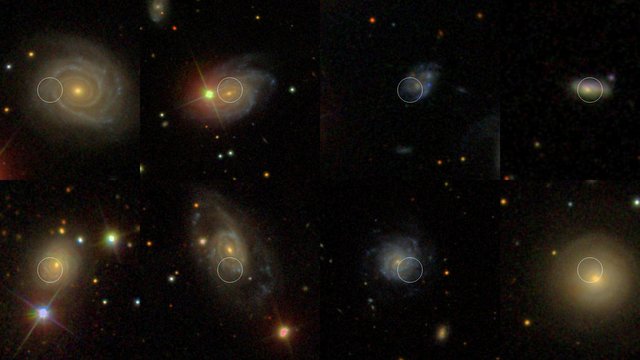 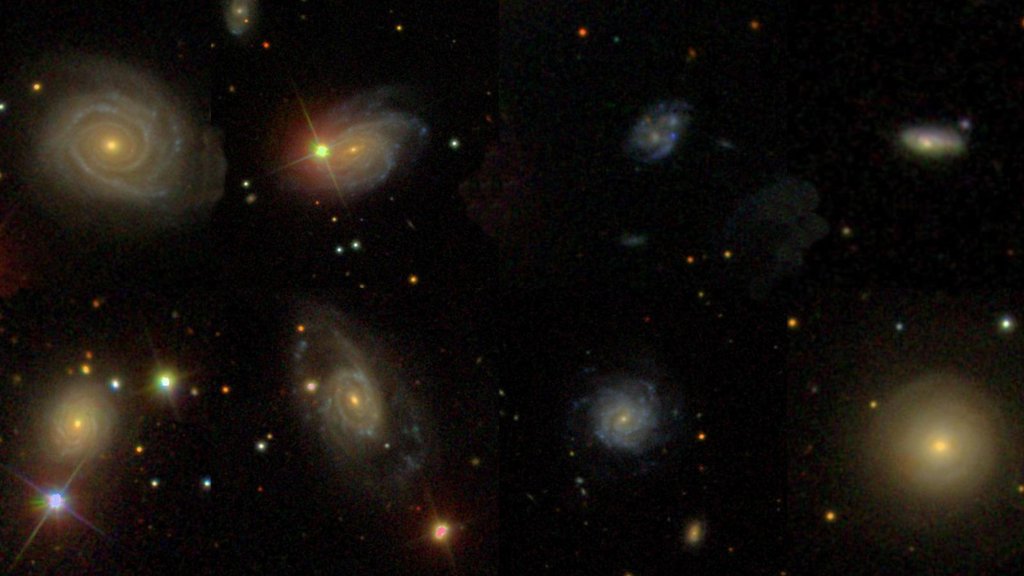 A new study analyzes several sites where dead stars once exploded. The explosions, called Type Ia supernovae, occurred within galaxies, six of which are shown in these images from the Sloan Digital Sky Survey.

Type Ia supernovae, which occur when burnt-out stars called white dwarfs detonate, have been used for years to help measure the distances to galaxies and the acceleration of our universe. But the tools aren't perfect, so researchers are analyzing the sites of the explosions to learn more about them and improve cosmic measuring tools.

Using data from NASA's Galaxy Evolution Explorer, or GALEX, astronomers were able to show that a fraction of the Type Ia explosion sites they looked at are associated with hot young stars. This means that those areas are young in general, and that the explosions happened when relatively young white dwarf stars exploded. (Six of those youthful supernova sites are circled within the galaxies in the labeled version of this image.)

The astronomers then went on to show that these particular explosions occurred in more consistent ways, and thus are better standard tools for cosmology. In the future, other "top-of-the-line" Type Ia tools -- the ones associated with young stars -- can be used to measure the distances of galaxies out to six billion light-years away or farther.

More information about the Sloan Digital Sky Survey is at http://www.sdss.org.