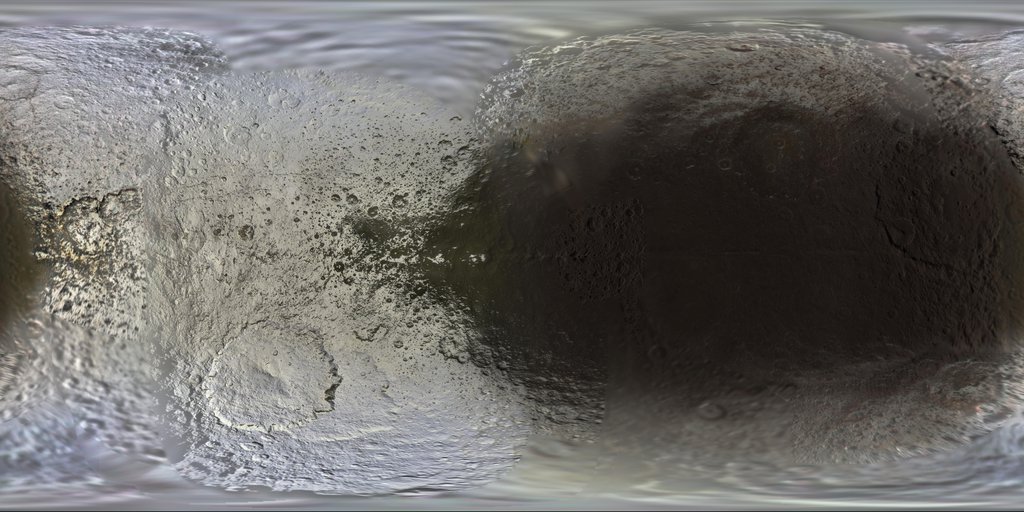 This set of global, color mosaics of Saturn's moon Iapetus was produced from images taken by NASA's Cassini spacecraft during its first ten years exploring the Saturn system. These are the first global color maps of these moons produced from the Cassini data.

Resolution on Iapetus in the maps is 400 meters per pixel.