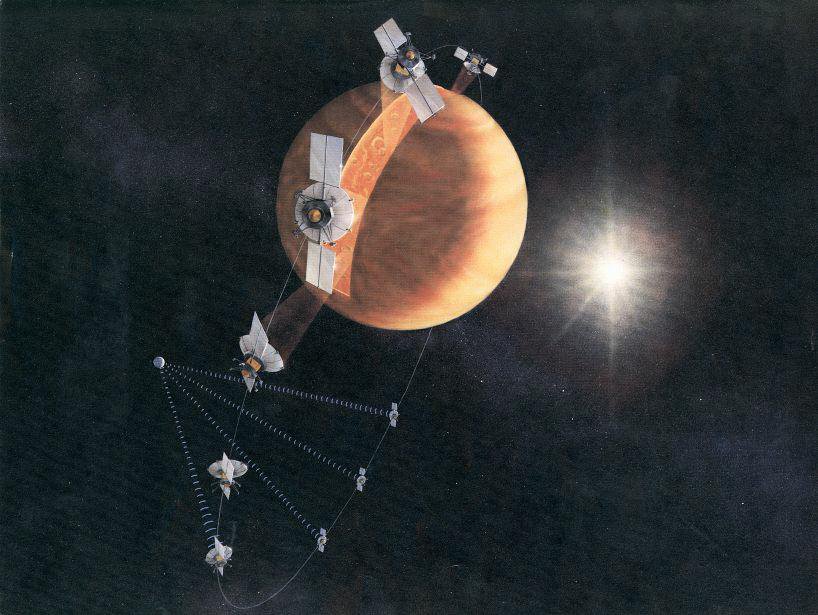 An artist's concept of the Magellan spacecraft making a radar map of Venus.

Magellan mapped 98 percent of Venus' surface at a resolution of 100 to 150 meters (about the length of a football or soccer field), using synthetic aperture radar, a technique that simulates the use of a much larger radar antenna. It found that 85 percent of the surface is covered with volcanic flows and showed evidence of tectonic movement, turbulent surface winds, lava channels and pancake-shaped domes. Magellan also produced high-resolution gravity data for 95 percent of the planet and tested a new maneuvering technique called aerobraking, using atmospheric drag to adjust its orbit.

The spacecraft was commanded to plunge into Venus' atmosphere in 1994 as part of a final experiment to gather atmospheric data.