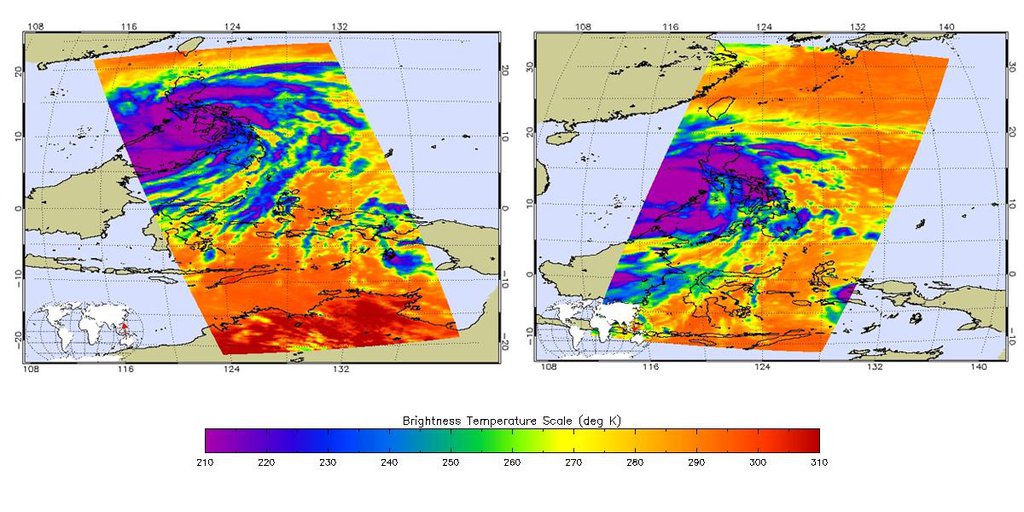 Satellite images obtained from NASA's Atmospheric Infrared Sounder (AIRS) instrument aboard NASA's Aqua spacecraft and the Indian Space Research Organization's OceanSAT-2 ocean wind scatterometer provide a glimpse into one of the most powerful storms ever recorded on Earth.