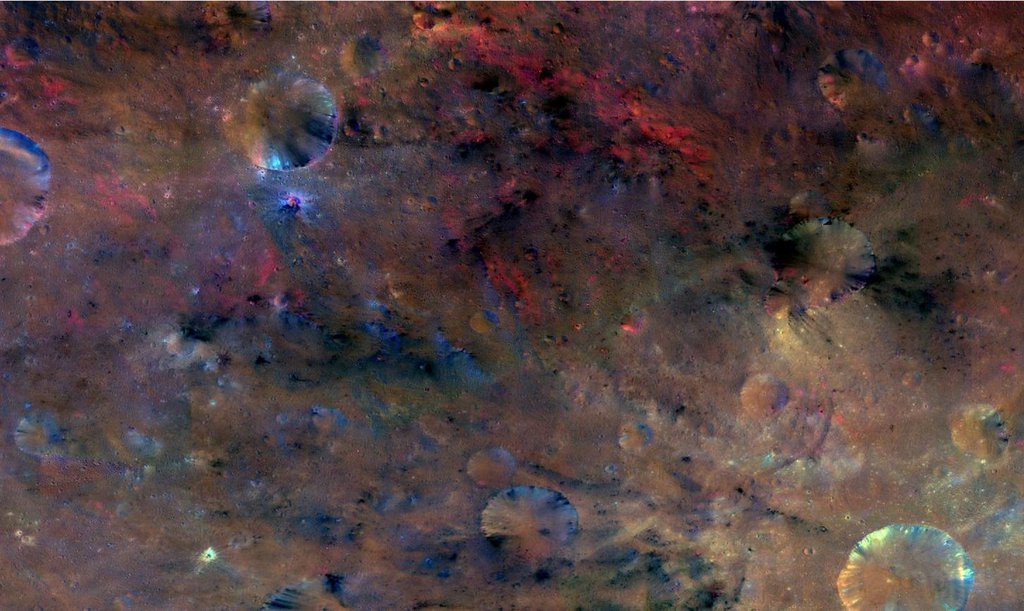 This colorful image from NASA's Dawn mission shows material northwest of the crater Sextilia on the giant asteroid Vesta. Sextilia, located around 30 degrees south latitude, is at the bottom right of this image.

In this image, the entire color spectrum of Vesta becomes visible. While a large asteroid impact probably brought the black material, the red material may have been melted by the impact.