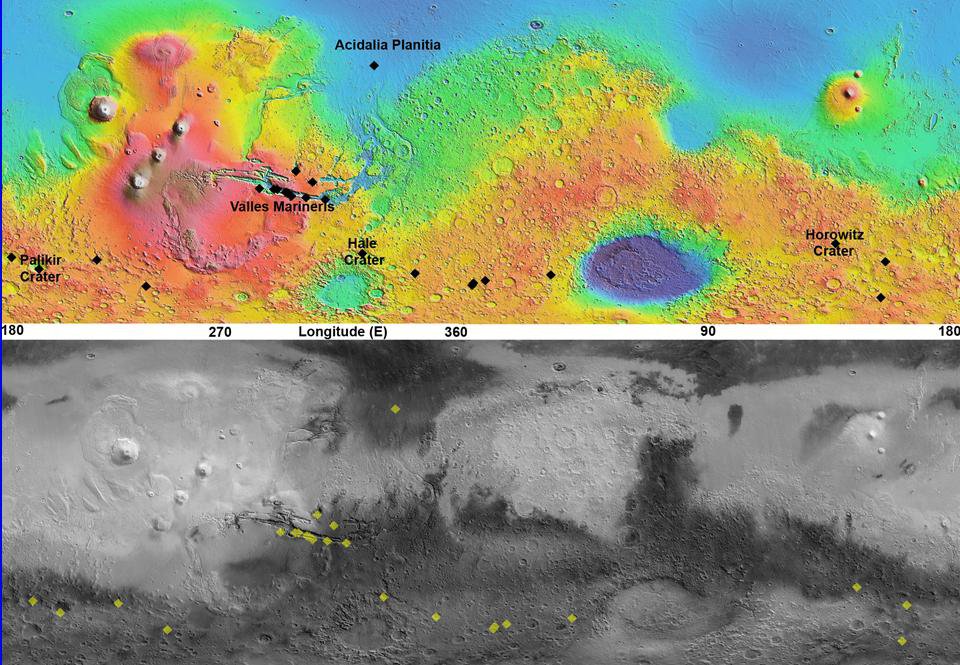 This pair of maps indicates locations of confirmed sites of recurrent slope linea on Mars, with respect to elevation (upper map) and surface brightness, or albedo (lower map). Recurrent slope linea are a class of markings that might be caused by flow of salty water. These dark lines advance downhill during warmer months, fade away in colder months, and reappear the following year. A paper by McEwen et al. in Nature Geoscience in December 2013 focuses on recent confirmation that these features exist surprisingly close to the equator. A cluster of recent findings is in the Valles Marineris area.