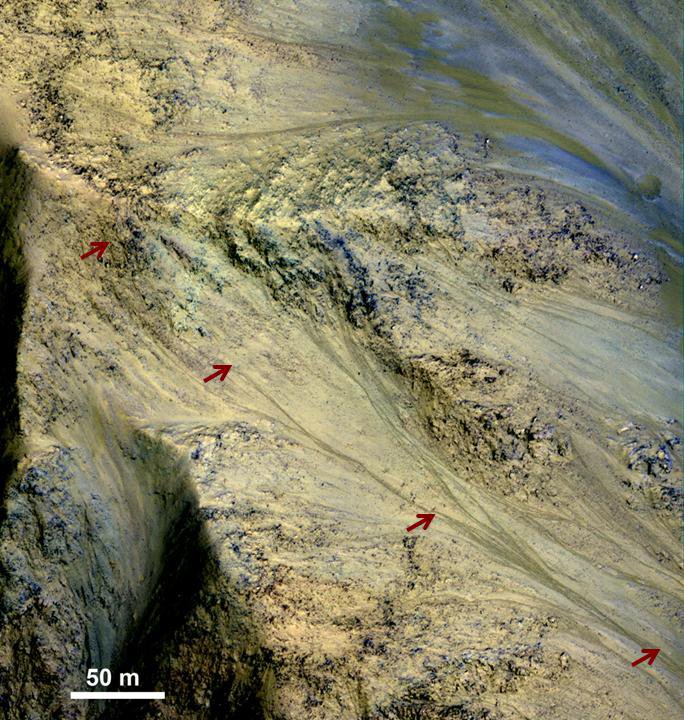 This image includes an especially long example of a type of dark marking that advances down some Martian slopes in warmer months and fades away in cooler months.

The features, called "recurrent slope linea," may be seasonal flows of salty water. Red arrows indicate the location of one on this image taken by the High Resolution Imaging Science Experiment (HiRISE) camera aboard NASA's Mars Reconnaissance Orbiter. This one is three-quarters of a mile (1.2 kilometers) long.