Galaxies Grow from Inside Out 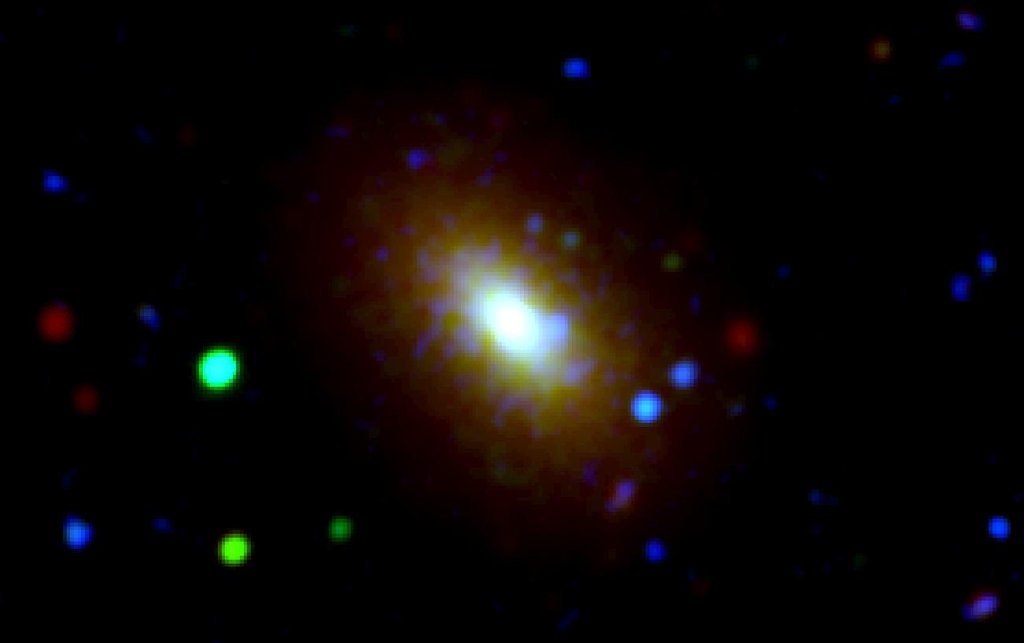 New evidence from NASA's Wide-field Infrared Survey Explorer (WISE) and Galaxy Evolution Explorer (GALEX) missions provide support for the "inside-out" theory of galaxy evolution, which holds that star formation starts at the core of the galaxy and spreads outward.

In this image of a galaxy called NGC 3377, infrared light from WISE is colored red, and ultraviolet light from GALEX is green and blue. The center of the galaxy appears white, where all three wavelengths of light are present and add up. The outside of the galaxy is mostly ultraviolet light, and thus contains more blue and green. The dots in the picture are stars located in the foreground.

NGC 3377 is located 31 million light-years away in the constellation Leo. It is an older galaxy, having already exhausted its stellar fuel supply. The outer regions, while containing more young stars than the core, are bright in ultraviolet light due to a small population of older, extremely hot stars.

WISE and GALEX are both no longer operating, but scientists continue to access their bounties of data through public archives.

Caltech led the Galaxy Evolution Explorer mission and was responsible for science operations and data analysis. JPL managed the mission and built the science instrument. The mission was developed under NASA's Explorers Program managed by the Goddard Space Flight Center, Greenbelt, Md. Researchers sponsored by Yonsei University in South Korea and the Centre National d'Etudes Spatiales (CNES) in France collaborated on this mission. Graphics and additional information about the Galaxy Evolution Explorer are online at http://www.nasa.gov/galex and http://www.galex.caltech.edu.