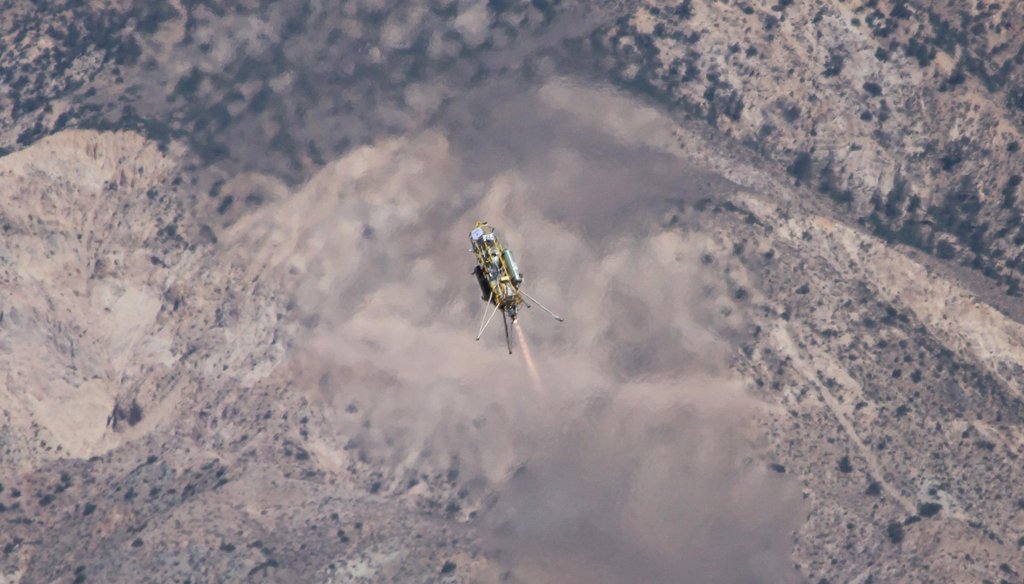 A Xombie technology demonstrator from Masten Space Systems, Mojave, Calif., ascends from its pad at Mojave Air and Space Port on a test for NASA's Jet Propulsion Laboratory. The vehicle is a vertical-takeoff, vertical-landing experimental rocket. It is being used in collaboration with NASA Dryden Flight Research Center to evaluate performance of JPL's Fuel Optimal Large Divert Guidance (G-FOLD), a new algorithm for planetary pinpoint landing of spacecraft.

JPL, a division of the California Institute of Technology, Pasadena, manages the Curiosity project for NASA's Science Mission Directorate, Washington. For information about Curiosity's accomplishments over the past year, visit http://mars.jpl.nasa.gov/msl.