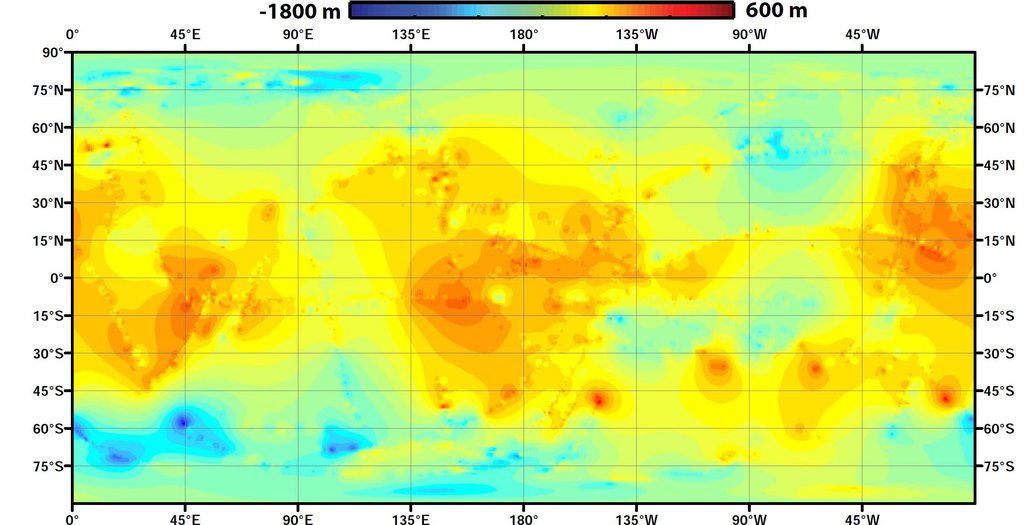 Using data from NASA's Cassini spacecraft, scientists have created the first global topographic map of Saturn's moon Titan, giving researchers a 3-D tool for learning more about one of the most Earthlike and interesting worlds in the solar system. The map team used a mathematical process called splining -- effectively using smooth curved surfaces to "join" the areas between grids of existing topography profiles obtained by Cassini's radar instrument. The estimations fit with current knowledge of the moon -- that its polar regions are "lower" than areas around the equator, for example. But connecting those points allows scientists to add new layers to their studies of Titan's surface, especially those modeling how and where Titan's rivers flow, and the seasonal distribution of its methane rainfall.