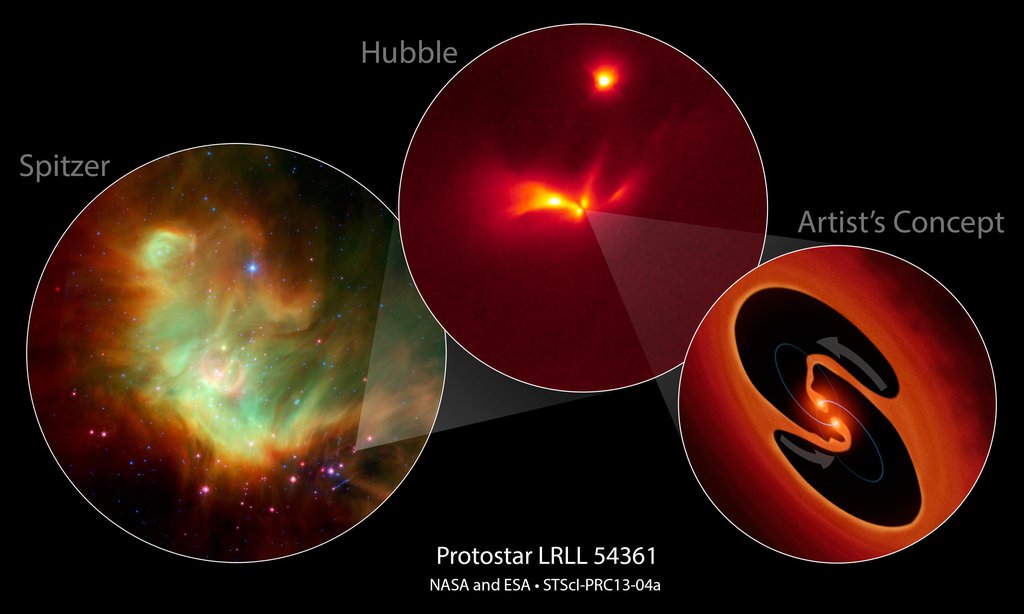 Click on an individual image for larger views
NASA's Spitzer and Hubble space telescopes have teamed up to uncover a mysterious infant star that behaves like a police strobe light.

[Left] -- This is an infrared-light Spitzer image of LRLL 54361 inside the star-forming region IC 348 located 950 light-years away. The Spitzer Space Telescope discovered an unusual variable object that has the typical signature of a protostar. The object emits a burst of light every 25.34 days.

[Center] -- This Hubble Space Telescope monochromatic-color image resolves the detailed structure around the protostar, consisting of two cavities that are traced by light scattered off their edges above and below a dusty disk. The cavities were likely blown out of the surrounding natal envelope of dust and gas by an outflow launched near the central object.

[Right] PIA16689 -- This is an artist's impression of the hypothesized central object that may be two young binary stars. Astronomers propose that the flashes are due to material in a circumstellar disk suddenly being dumped onto the growing stars and unleashing a blast of radiation each time the stars get close to each other in their orbit.