Looking Back at Entry Into 'Yellowknife Bay' 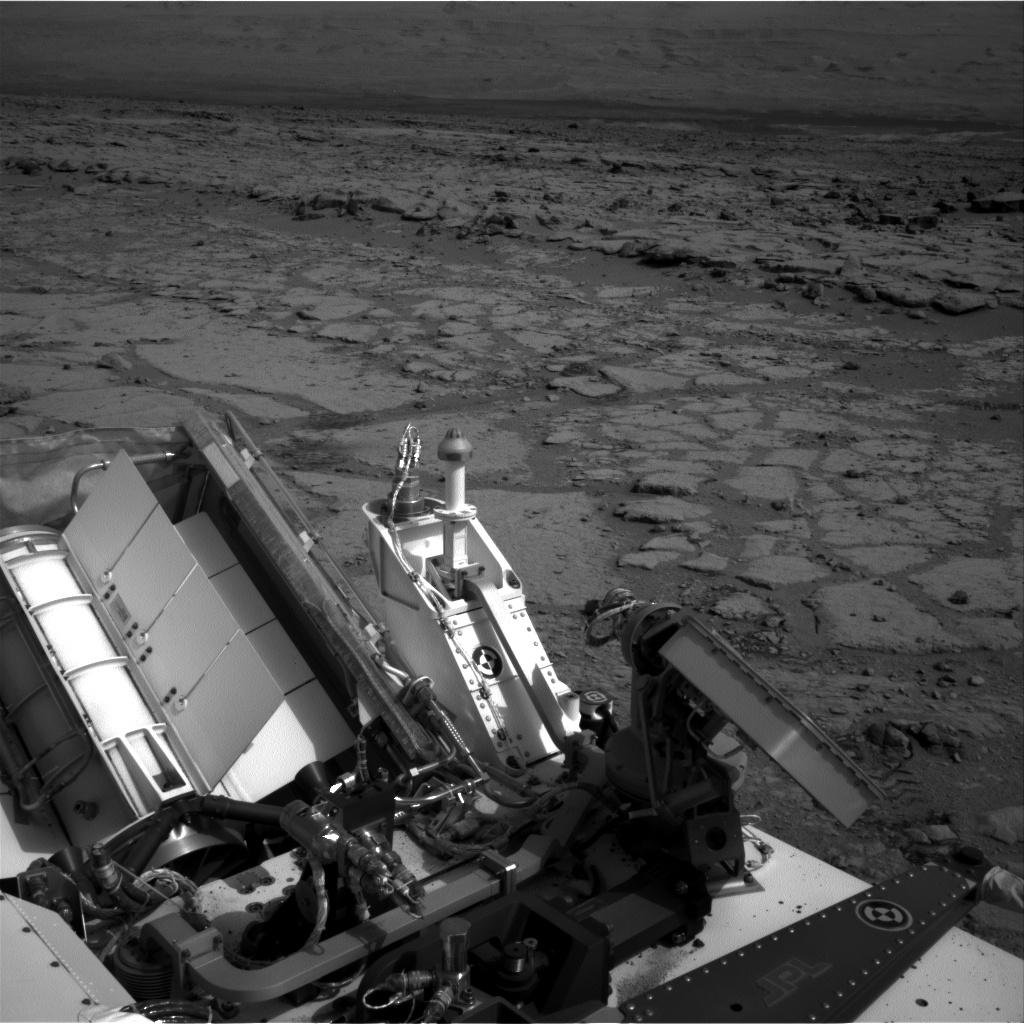 The NASA Mars rover Curiosity used its left Navigation Camera to record this view of the step down into a shallow depression called "Yellowknife Bay." It took the image on the 125th Martian day, or sol, of the mission (Dec. 12, 2012), just after finishing that sol's drive. The Sol 125 drive entered Yellowknife Bay and covered about 86 feet (26.1 meters). The descent into the basin crossed a step about 2 feet (half a meter) high, visible in the upper half of this image.

NASA's Jet Propulsion Laboratory, a division of the California Institute of Technology in Pasadena, manages the Mars Science Laboratory mission for NASA's Science Mission Directorate in Washington. The mission's Curiosity rover was designed, developed and assembled at JPL.