Laser Hit on Martian Sand Target, Before and After 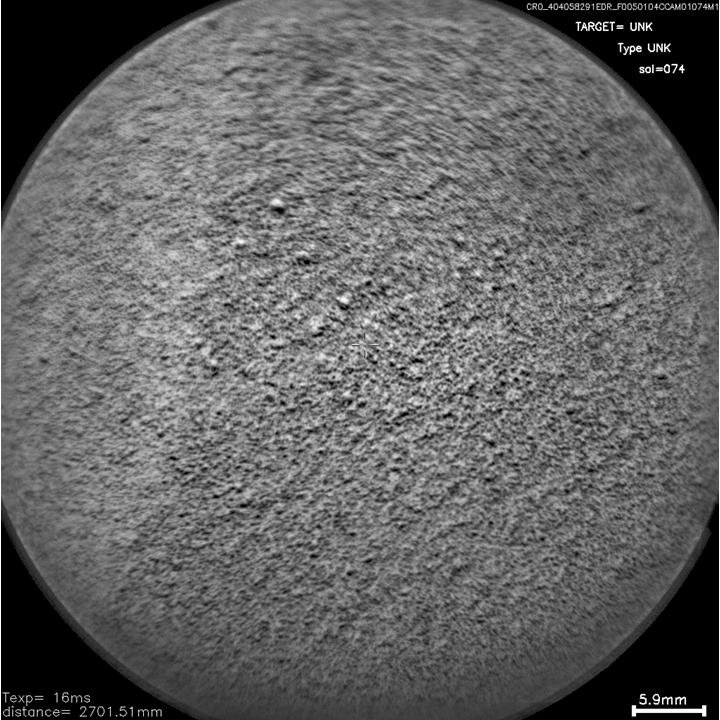