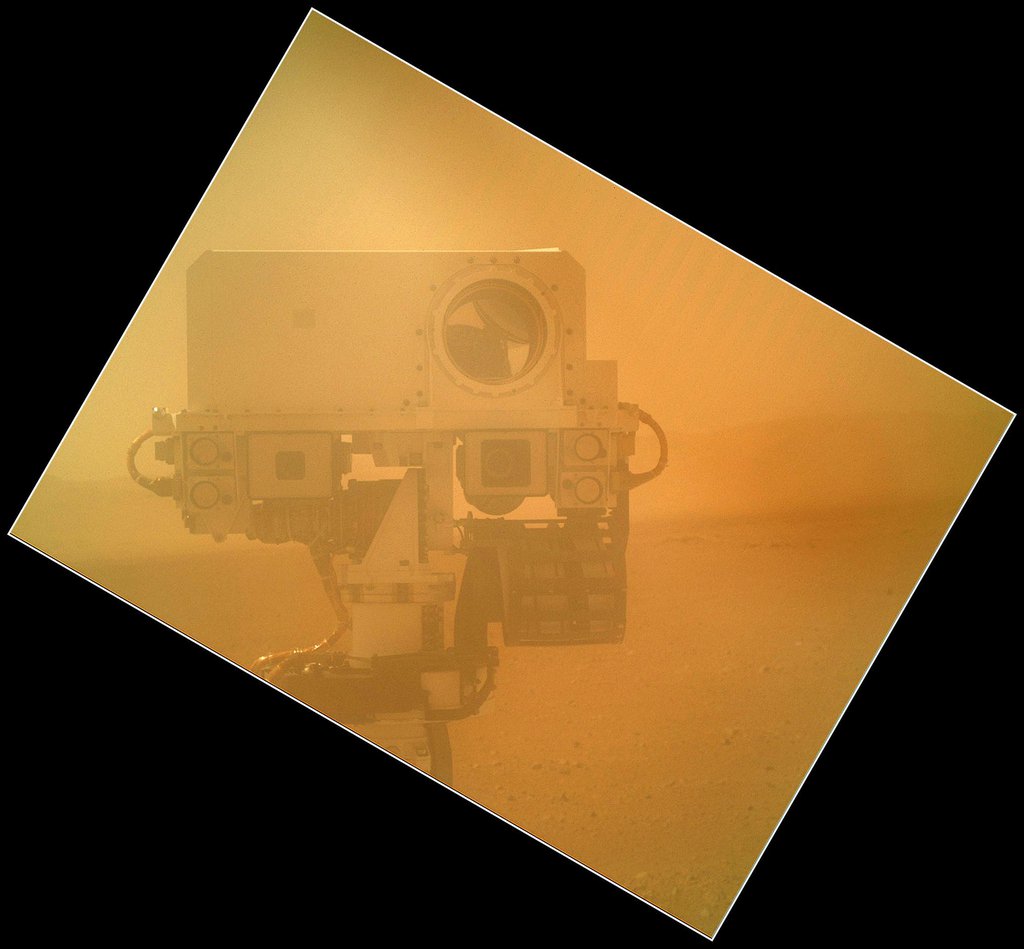 On Sol 32 (Sept. 7, 2012) the Curiosity rover used the Mars Hand Lens Imager (MAHLI) located on its arm to obtain this self-portrait. The image shows the top of Curiosity's Remote Sensing Mast including the ChemCam, two Mast cameras and four Navigation cameras. The angle of the frame reflects the position of the MAHLI camera on the arm when the image was taken. The image was acquired while MAHLI's clear dust cover was closed.

The image was taken on a day when MAHLI and other instruments and tools on the turret were being inspected using the rover's Mastcams and Navcams. The MAHLI cover was in the closed position in order to inspect the dust cover to esure that the cover, its hinge, and the volume it sweeps when it opens are clear of debris.