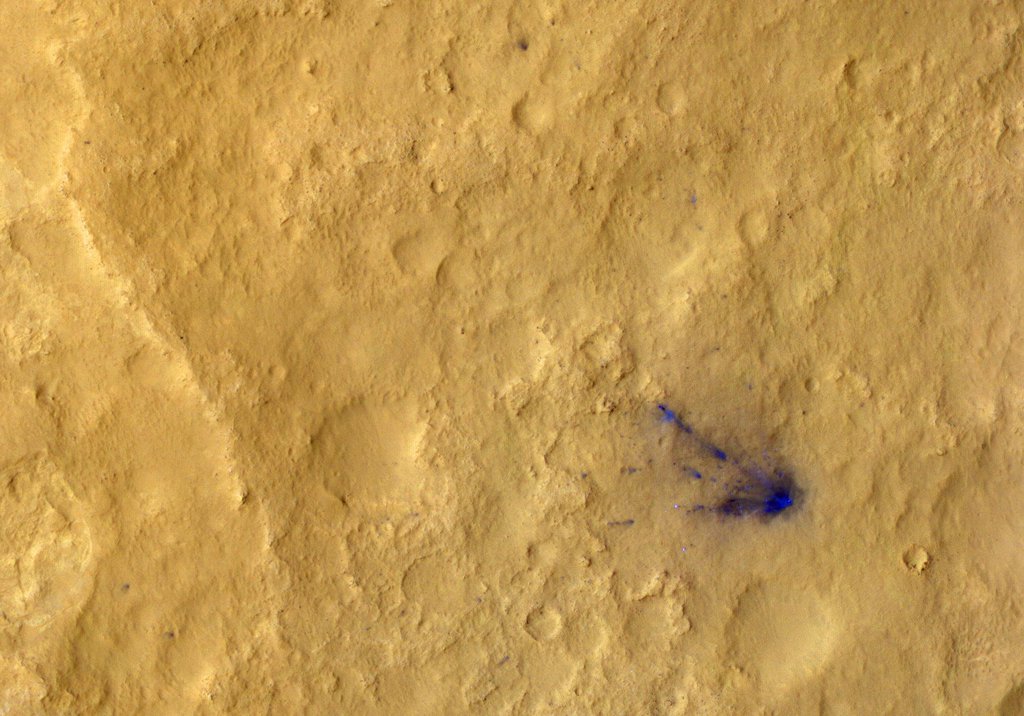 After a rocket-powered descent stage, also known as the sky crane, delivered NASA's Curiosity rover to Mars on Aug. 5 PDT (Aug. 6 EDT), 2012, it flew away and fell to the surface. Possible multiple impacts from that collision are revealed in blue in this enhanced-color view taken by the High-Resolution Imaging Science Experiment (HiRISE) camera on NASA's Mars Reconnaissance Orbiter.

The main crash site is seen at right, shaped like a fan. Farther from the site are several smaller dark spots, which are thought to be secondary impacts from debris that continued to travel outward. The impact sites are darker because the lighter, reddish top layer of soil was disturbed, revealing darker basaltic sands underneath.