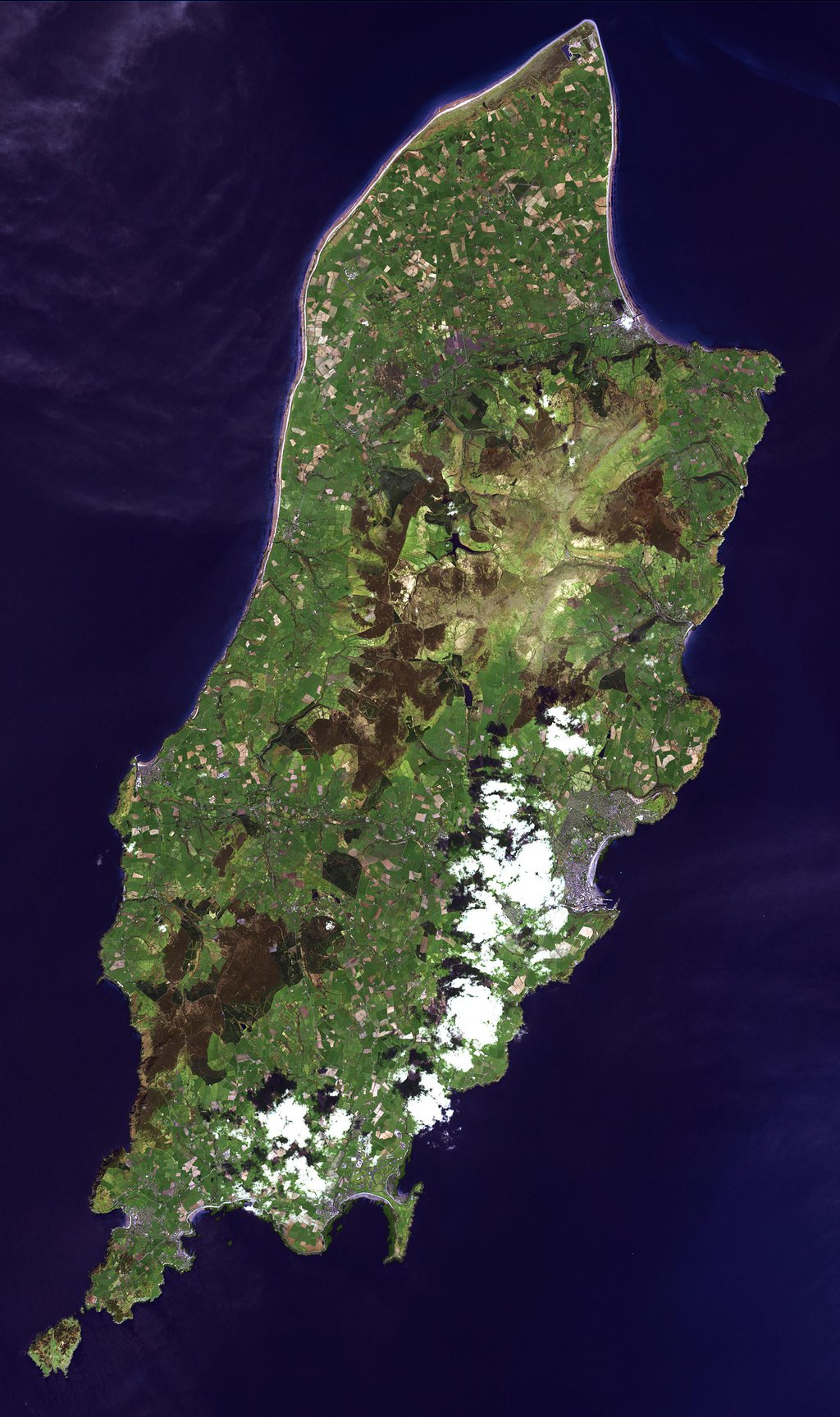 The Isle of Man (also known as Mann) is a self-governing British Crown Dependency in the Irish Sea between Great Britain and Ireland. The island is not part of the United Kingdom, though the head of state is Queen Elizabeth II. Inhabited since 6500 BC, the island was influenced by Gaelic culture, settled by the Norse, was part of Scotland, and came under the feudal overlordship of the English Crown in 1399. The island's parliament, Tynwald, claims to be the oldest continuously existing ruling body in the world, possibly dating to the 10th century. The image was acquired May 1, 2001, covers an area of 29.4 x 49.5 km, and is located at 54.2 degrees north latitude, 4.5 degrees east longitude.