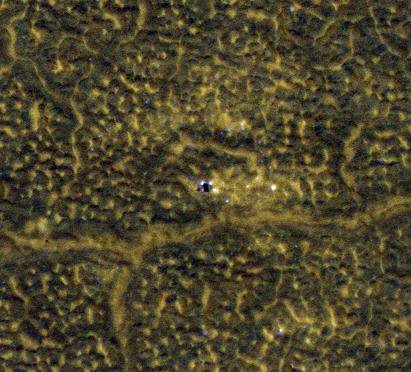 This image, taken Jan. 26, 2012, shows NASA's no-longer-active Phoenix Mars Lander spacecraft after its second Martian arctic winter. The lander has the same appearance as it did after its first winter, as seen in an image from May 2010, at PIA13158.

A view of the Phoenix Lander taken by the lander's own Surface Stereo Imager is at PIA13804.