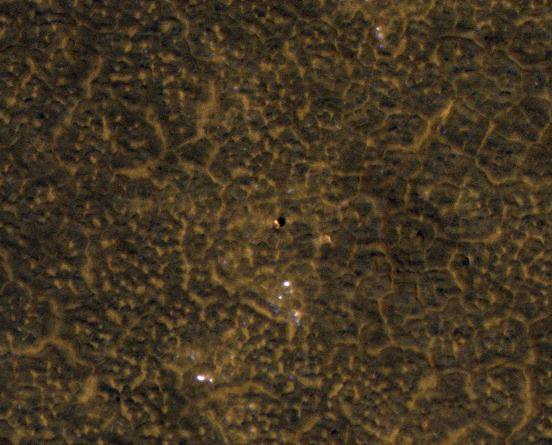 This image, taken Jan. 26, 2012, shows the back shell of NASA's Phoenix Mars Lander spacecraft after its second Martian arctic winter.

In August 2008, Phoenix completed its three-month mission studying Martian ice, soil and atmosphere. The lander worked for two additional months before reduced sunlight caused energy to become insufficient to keep the lander functioning. The solar-powered robot was not designed to survive through the dark and cold conditions of a Martian arctic winter. The back shell formed part of the encapulating aeroshell that protected the lander during its descent through Mars upper atmosphere.