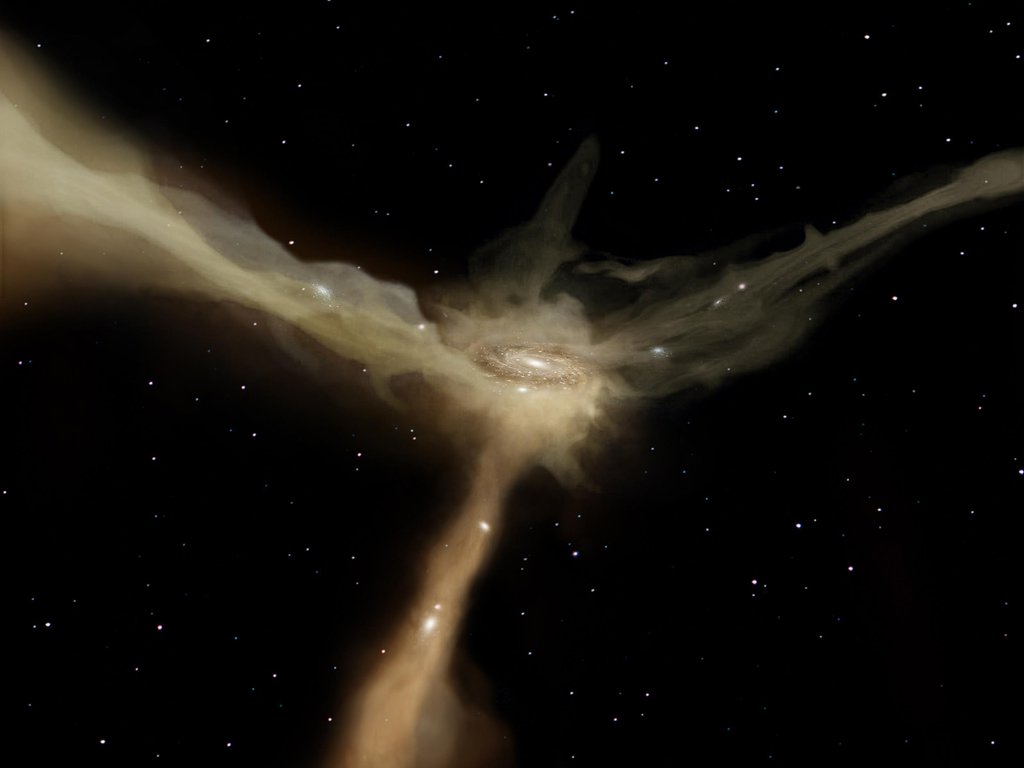 In this artist's conception, a galaxy accretes mass from rapid, narrow streams of cold gas. These filaments provide the galaxy with continuous flows of raw material to feed its star-forming at a rather leisurely pace.

The Herschel infrared space observatory has discovered that galaxies do not always need to collide with each other to drive vigorous star birth. The finding overturns a long-held assumption and paints a more stately picture of how galaxies evolve.

Herschel is a European Space Agency mission with important contributions from NASA and NASA's Jet Propulsion Laboratory in Pasadena, Calif.

"Galaxy mergers play an important role in producing the most powerful starbursts today," said Lee Armus, a co-author of the new study from NASA's Herschel Science Center at the California Institute of Technology in Pasadena. "But in the early universe, when most galaxies contained a lot more gas, mergers were not the only way, or even the most common way, to make lots of stars at a rapid rate."

The new results are based on Herschel's observations of two patches of sky, each about one-third the size of the full moon.

It's like looking through a keyhole across the universe. Herschel has seen more than a thousand galaxies at a variety of distances from Earth, spanning 80 percent of the age of the cosmos.

These observations are unique because Herschel can obtain data at a wide range of infrared light and reveal a more complete picture of star birth than ever seen before.