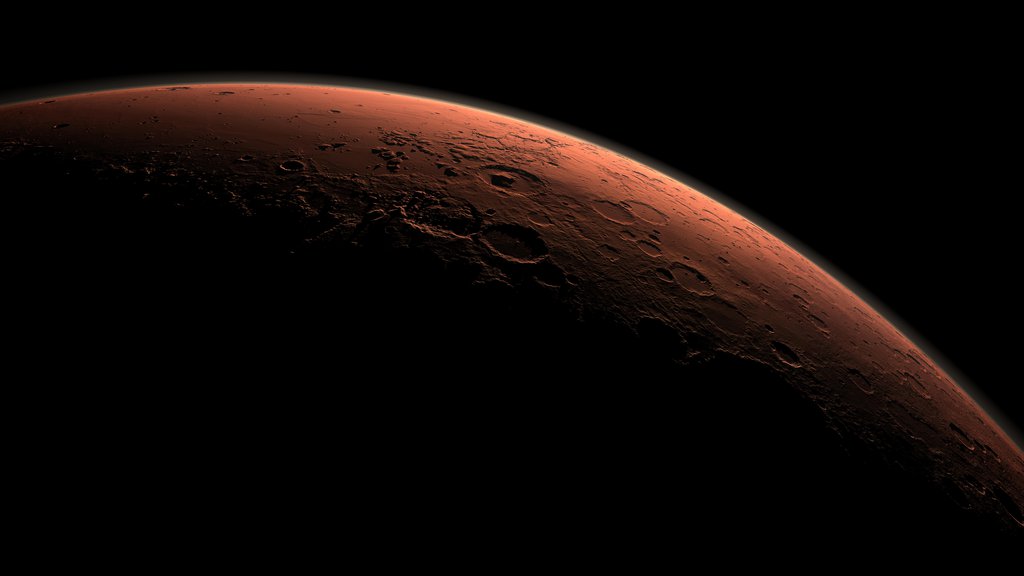 Gale Crater looms in the distance, distinguished from adjacent craters by its central mountain of strata. Gale Crater straddles the dichotomy boundary of Mars, which separates the broad, flat, and young northern plains from the much older and rougher southern highlands. There is evidence that water may have flowed across this topographic boundary, from highland to lowland, perhaps pooling locally within Gale Crater and forming the lowermost strata that fill the crater.