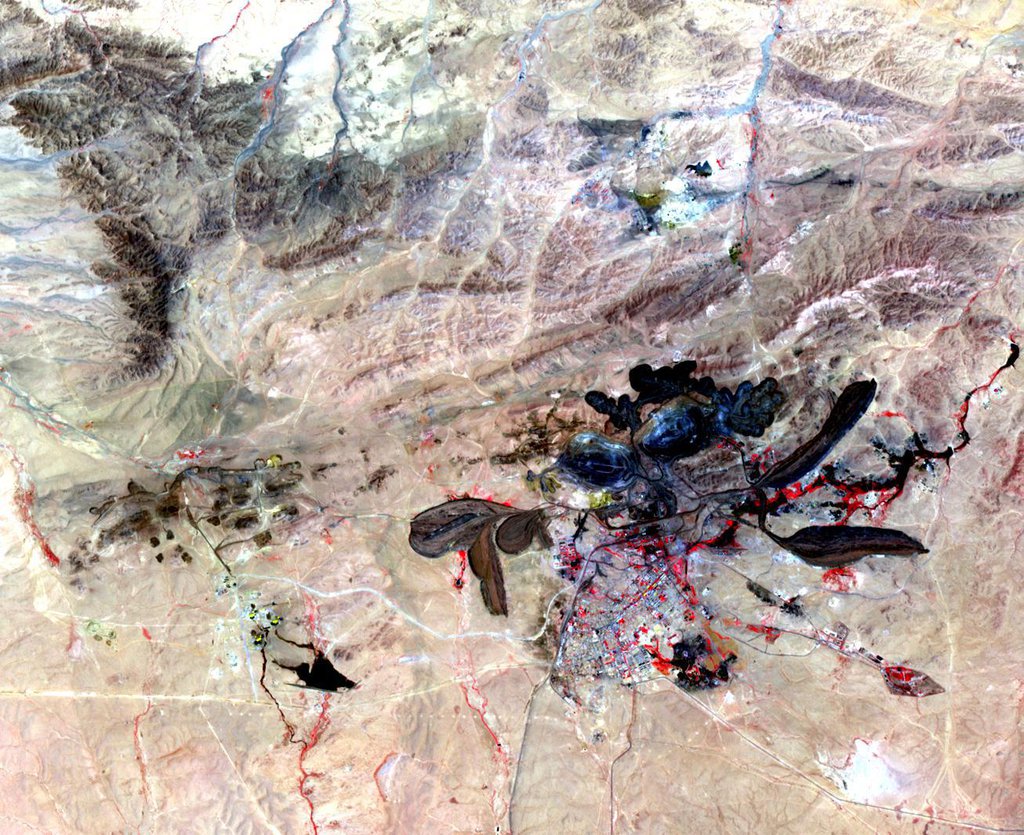 A mine in Baiyun Ebo, Inner Mongolia, China is the site of almost half the world's rare earth production. China is responsible for over 95% of global production of rare earth elements. These elements are critical ingredients in catalytic converters, cell phones, televisions, lasers, magnets, batteries, and other high-tech gizmos. China's export restrictions have led the US, Japan and the European Union to complain to the World Trade Organization, claiming China was violating trade agreements. The US at one time was a leading producer of rare earths, but most of the mines have been closed. Recently, several US companies are in the process of attempting to re-open these mines and resume mining of rare earths. The image covers an area of 15 x 19 km, was acquired on June 30, 2006, and is located near 41.8 degrees north latitude, 110 degrees east longitude.