The Little Fox and the Giant Stars 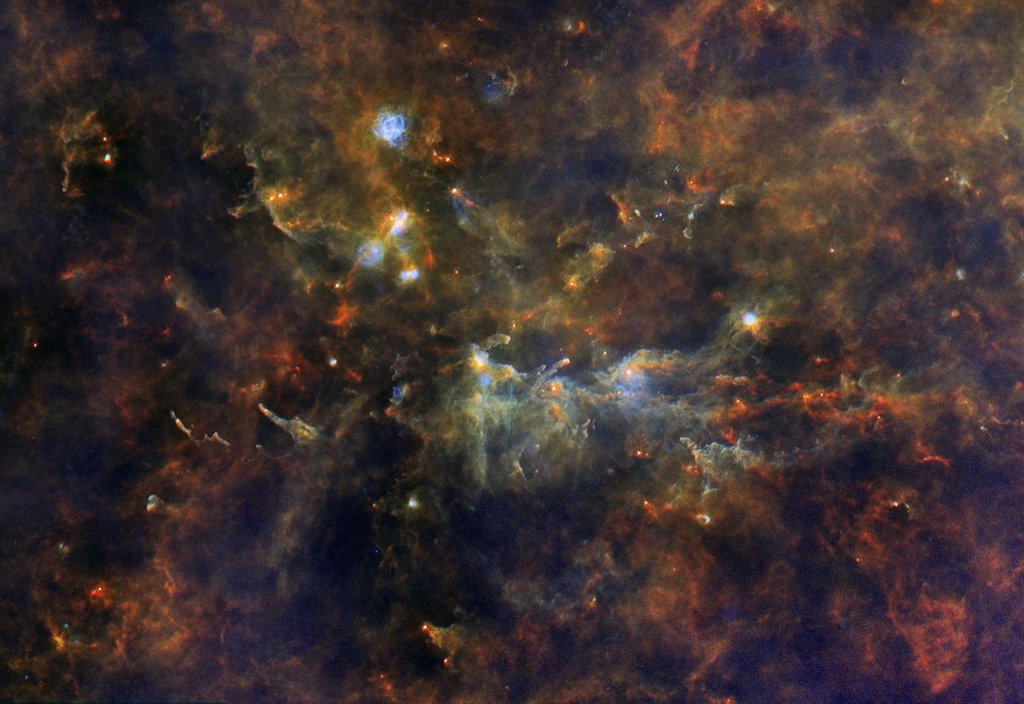 These wavelengths reveal cold material, most of it between -220º C and -260º C. None of it can be seen in ordinary optical wavelengths, but this infrared view shows astronomers a surprising amount of structure in the cloud's interior.