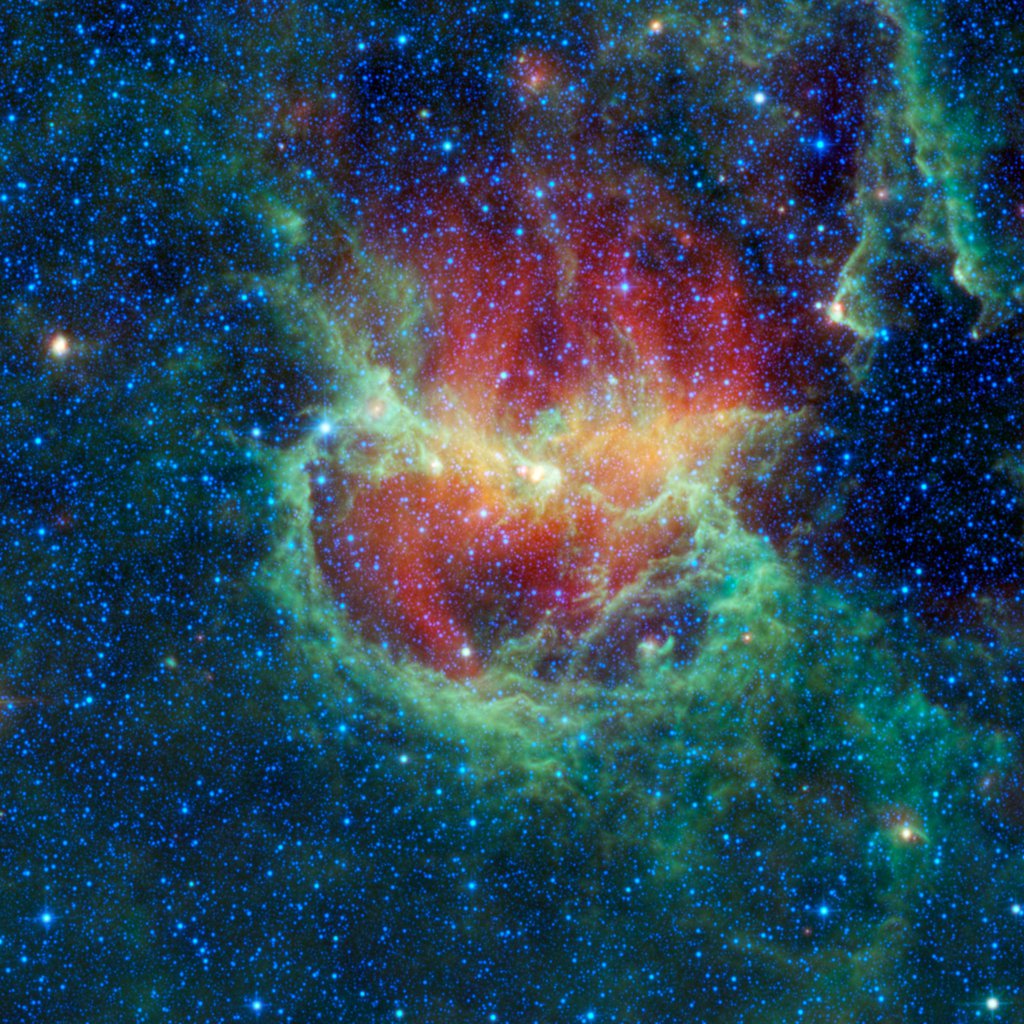 This infrared image from NASA's Wide-field Infrared Survey Explorer, or WISE, shows the Lambda Centauri nebula, a star-forming cloud in our Milky Way galaxy, also known as the Running Chicken nebula. The nebula, cataloged as IC 2944, is about 5,800 light-years from Earth and is home to a new cluster of stars born from the cloud nearly 8 million years ago. The hottest members of the cluster produce enough ultraviolet radiation and strong winds to convert the cloud into ions and excavate it. The ionized gas glows in visible light, but in infrared light we see the dust in the cloud warmed by the very same radiation. The red, glowing dust is the coolest material visible in this image and is composed of metallic dust grains. The greenish components in the image are warmer dust grains composed of smog-like materials. The large green ring-like structure near the middle of the image is some 77 light-years across and was formed when materials that created the stars in the clusters were blown back by the combined winds of the stars.