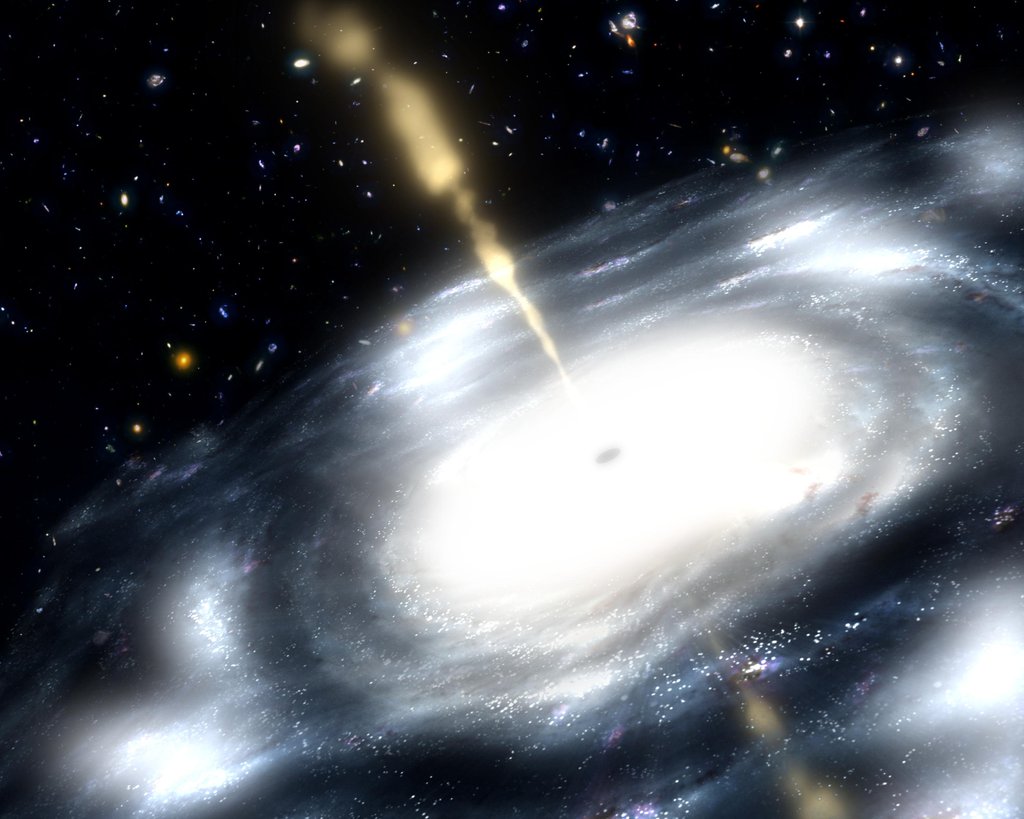 This artist's concept shows a galaxy with a supermassive black hole at its core. The black hole is shooting out jets of radio waves.

Black holes are immense distortions of space and time with gravity that is so great, even light itself cannot escape. Astronomers have known for more than a decade that all galaxies, including our own Milky Way, are anchored by tremendous, so-called supermassive black holes, containing billions of suns' worth of mass. The black holes are surrounded and nourished by disks of gas and dust, called accretion disks. Powerful jets stream out from below and above the disks like lasers, and fierce winds blow off from the disks themselves. The black holes can spin either in the same direction as the disks, called prograde black holes, or against the flow -- the retrograde black holes.

Scientists say that the backward black holes shoot more powerful jets because there's more space between the black hole and the inner edge of the orbiting disk. This gap provides more room for the build-up of magnetic fields, which fuel the jets, an idea known as the Reynold's conjecture after the theoretical astrophysicist Chris Reynolds of the University of Maryland, College Park.