Light on the Dark Side 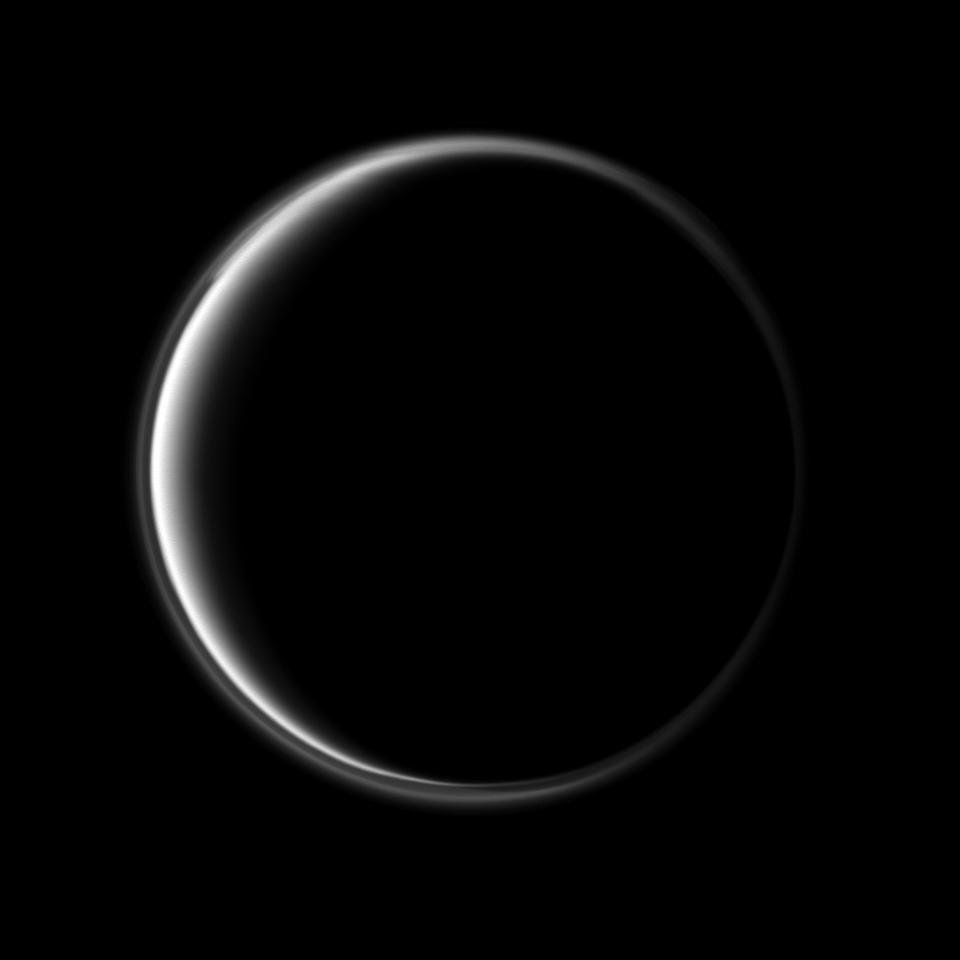 Sunlight scattering through the periphery of Titan's atmosphere reaches Cassini as the spacecraft's camera is pointed at the dark side of the moon.

A detached, high-altitude global haze layer encircles the moon. See PIA07774 to see an enhanced-color view and learn more about why the detached haze layer is best studied in the ultraviolet. This view looks toward the leading hemisphere of Titan (5,150 kilometers, or 3,200 miles across). North on Titan is up.

The image was taken with the Cassini spacecraft narrow-angle camera on April 2, 2010 using a spectral filter sensitive to wavelengths of ultraviolet light centered at 338 nanometers. The view was acquired at a distance of approximately 1.5 million kilometers (932,000 miles) from Titan and at a Sun-Titan-spacecraft, or phase, angle of 153 degrees. Image scale is 9 kilometers (6 miles) per pixel.