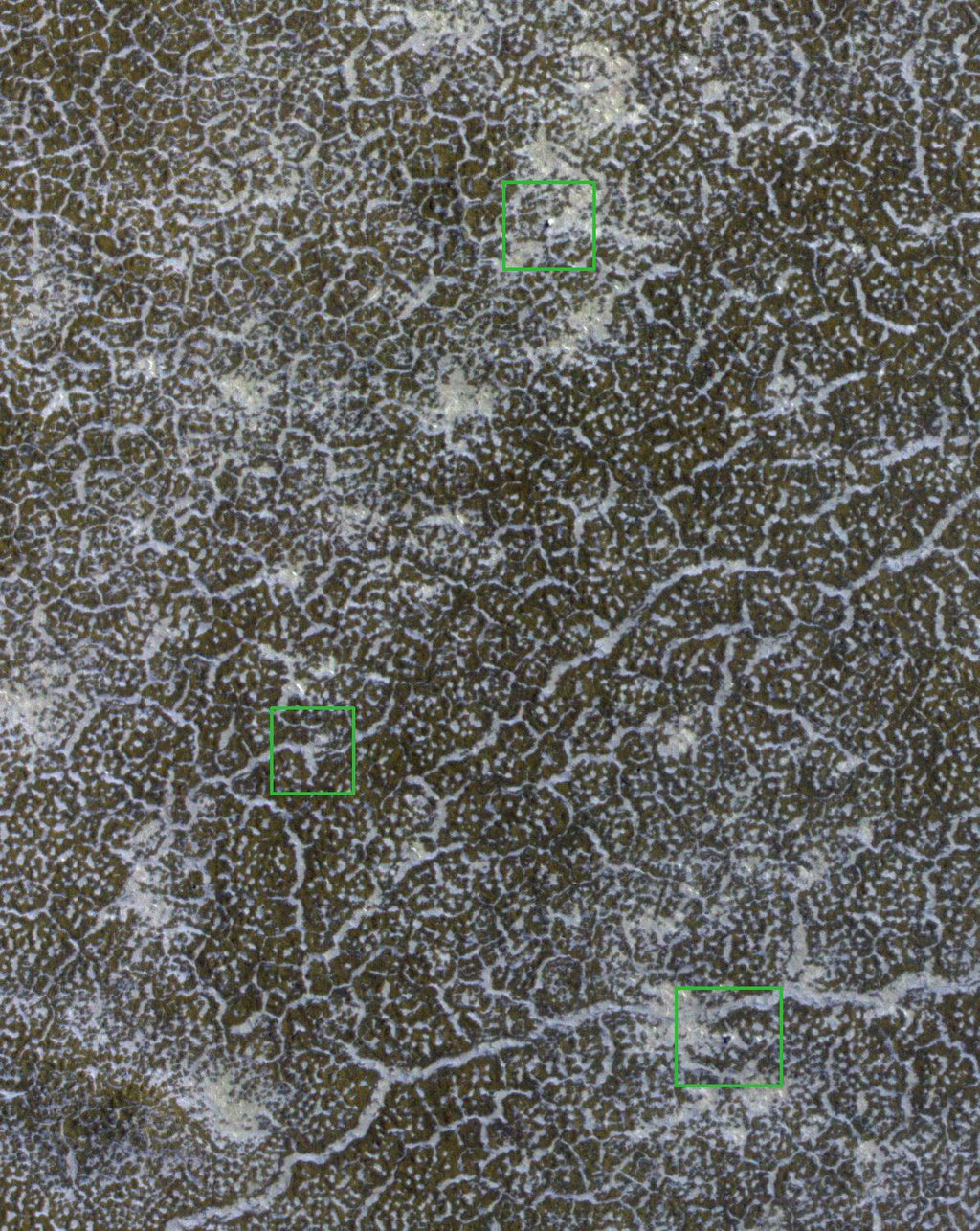 NASA's Phoenix Mars Lander, its backshell and its heatshield are visible within this enhanced-color image of the Phoenix landing site taken on Jan. 6, 2010 by the High Resolution Imaging Science Experiment (HiRISE) camera on NASA's Mars Reconnaissance Orbiter.

With early spring at the Phoenix landing site comes progressive sublimation of carbon-dioxide frost that has blanketed the lander and surrounding terrain throughout the winter. During the long polar-winter night, atmospheric carbon dioxide freezes onto the surface, building up a layer of frost roughly 30 centimeters (about one foot) thick. In the spring this frost returns to atmosphere gas (sublimates) over the course of several months. This image, part of a seasonal frost monitoring sequence, shows some areas of bare ground are beginning to be exposed. However, extensive frost patches remain in the topographic lows, such as the troughs of the local polygonally patterned surface.

In HiRISE images acquired during the last Martian summer, the solar arrays on the lander were clearly discernible from their distinctive bluish color. For example, see the subimage PSP_008855_2485 from June 16, 2008.

The springtime image here has green boxes around the backshell (top), heat shield, and lander (bottom). The solar arrays are not discernible in this new image, probably because the patchy frost effectively camouflages them. Even when the frost has completely sublimated, dust deposited during the winter may obscure them. The parachute attached to the backshell is also not apparent in this image, and we'll see if it reappears in later images. Also gone are the dark halos around the lander, backshell, and heat shield, again due to seasonal frost, dust or both. This and future images will help calibrate expectations for finding the Mars Polar Lander hardware, which encountered Mars in 1999.

This image covers a swath of ground about 300 meters (about 1,000 feet) wide, at 68.2 degrees north latitude, 234.3 degrees east longitude. It is one product from HiRISE observation ESP_016160_2485. Other image products from this observation are available at http://hirise.lpl.arizona.edu/phoenix-spring.php.