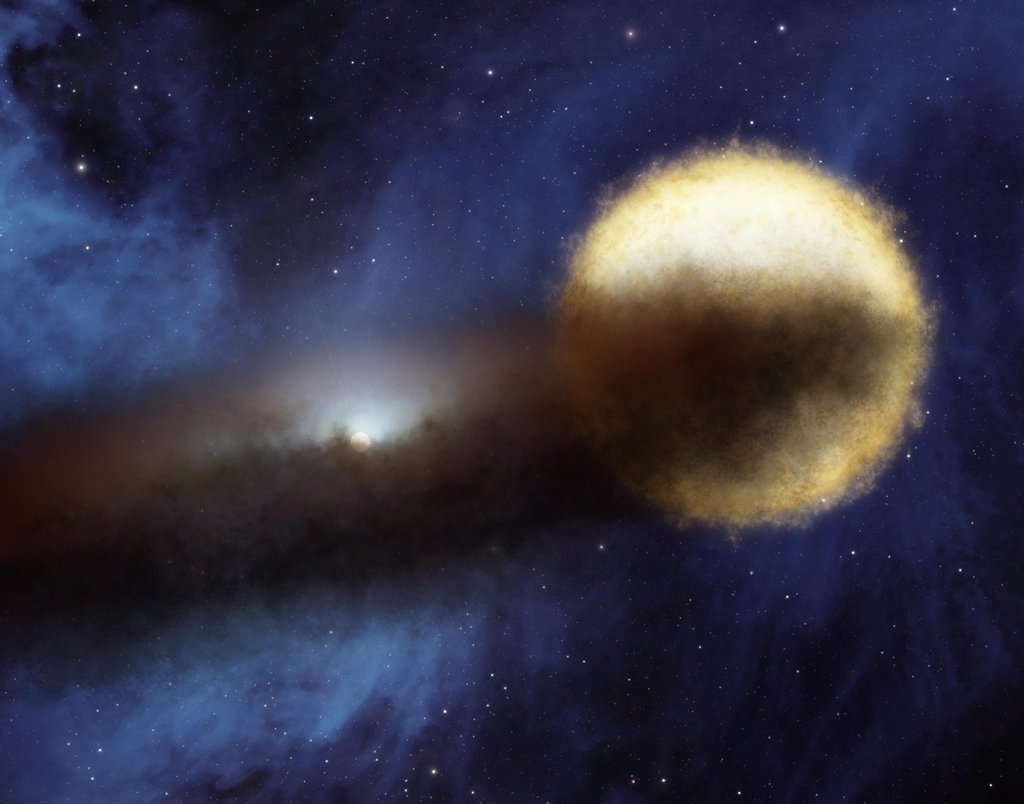 Astronomers using NASA's Spitzer Space telescope have found a likely solution to a centuries-old riddle of the night sky. Every 27 years, a bright star called Epsilon Aurigae fades over period of two years, then brightens back up again. Though amateur and professional astronomers have observed the system extensively, the nature of both the bright star and the companion object that periodically eclipses it have remained unclear. The companion is known to be surrounded by a dusty disk, as illustrated in this artist's concept.

Data from Spitzer turned out to be the missing puzzle piece. Spitzer's infrared vision revealed the size of the dusty disk that swirls around the companion object. When astronomers plugged this size information into a model of the system, they were able to rule out the theory that the main bright star is a supergiant. Instead, it is a bright star with a lot less mass. The new model also holds that the companion object is a so-called "B star" circled by a dusty disk.