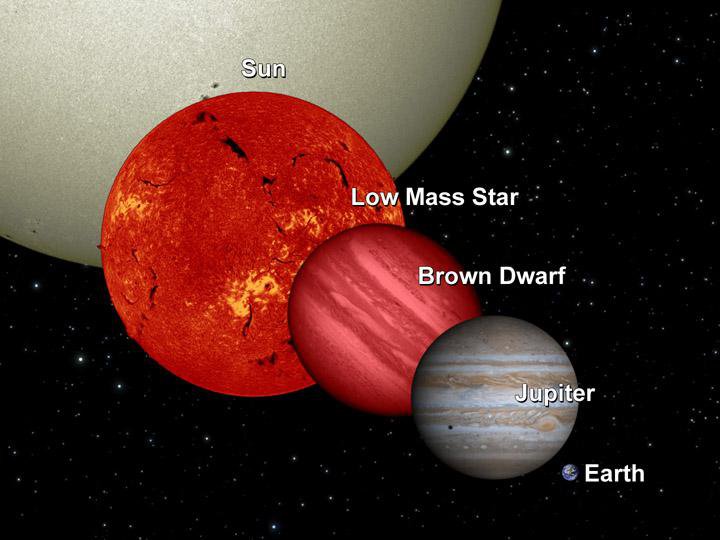 NASA's Wide-field Infrared Survey Explorer, or WISE, will uncover many "failed" stars, or brown dwarfs, in infrared light. This diagram shows a brown dwarf in relation to Earth, Jupiter, a low-mass star and the sun.

Stars with less mass than the sun are smaller and cooler, and hence much fainter in visible light. Brown dwarfs are the smallest and coolest of stars. They have less than eight percent of the mass of the sun, which is not enough to sustain the fusion reaction that keeps the sun hot. These cool orbs are nearly impossible to see in visible light, but stand out when viewed in infrared. Their diameters are about the same as Jupiter's, but they can have up to 80 times more mass and are thought to have planetary systems of their own.