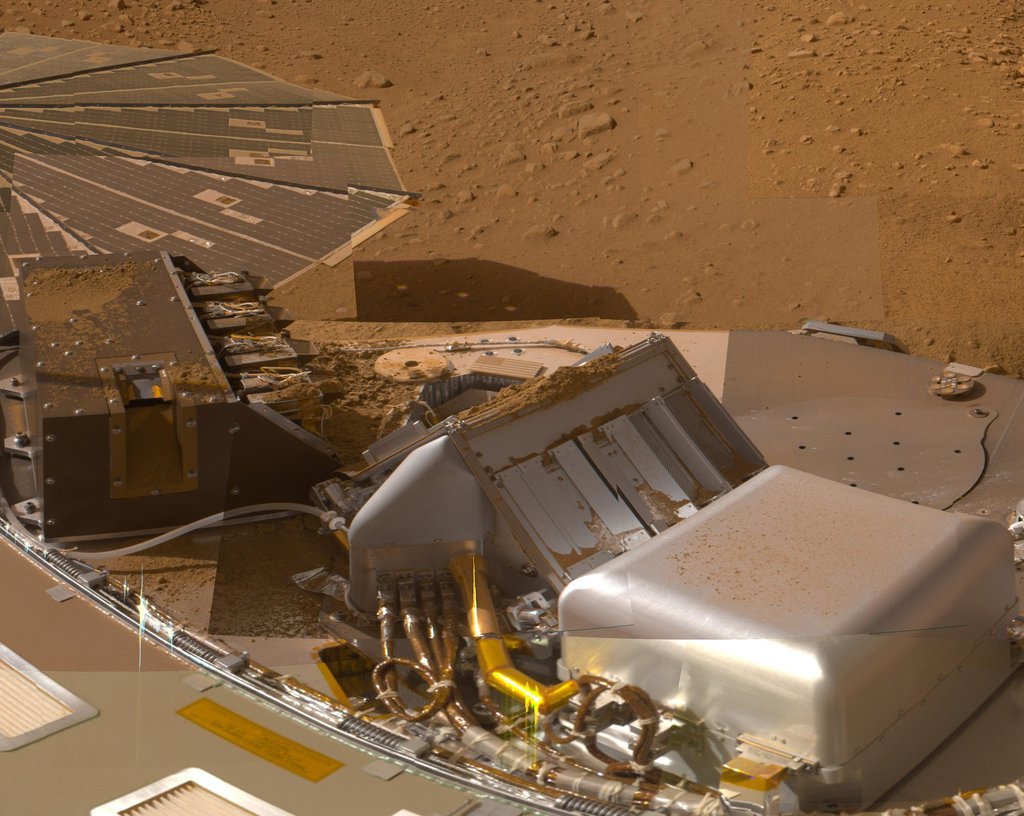 This mosaic of images from the Surface Stereo Imager camera on NASA's Phoenix Mars Lander shows a portion of the spacecraft's deck after deliveries of several Martian soil samples to instruments on the deck.

In the center and right foreground is the Thermal and Evolved-Gas Analyzer. On the left is the Microscopy, Electrochemistry and Conductivity Analyzer.

The component images for this approximately true color view were taken on various dates during the five months that Phoenix studied its surroundings after landing on a Martian arctic plain on May 25, 2008.

The Phoenix Mission was led by the University of Arizona, Tucson, on behalf of NASA. Project management of the mission was by NASA's Jet Propulsion Laboratory, Pasadena, Calif. Spacecraft development was by Lockheed Martin Space Systems, Denver.