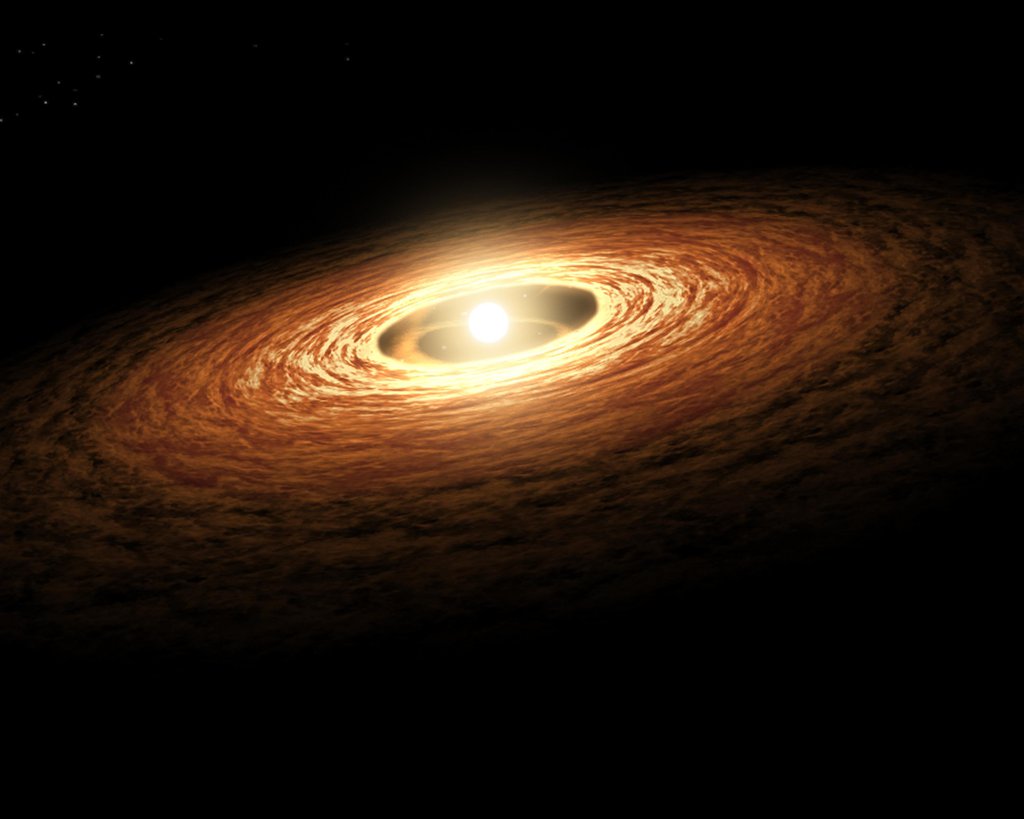 This artist's concept illustrates how silicate crystals like those found in comets can be created by an outburst from a growing star. The image shows a young sun-like star encircled by its planet-forming disk of gas and dust. The silicate that makes up most of the dust would have begun as non-crystallized, amorphous particles.

Streams of material are seen spiraling from the disk onto the star increasing its mass and causing the star to brighten and heat up dramatically. The outburst causes temperatures to rise in the star's surrounding disk.

The animation (figure 1) zooms into the disk to show close-ups of silicate particles. When the disk warms from the star's outburst, the amorphous particles of silicate melt. As they cool off, they transform into forsterite (figure 2), a type of silicate crystal often found in comets in our solar system.