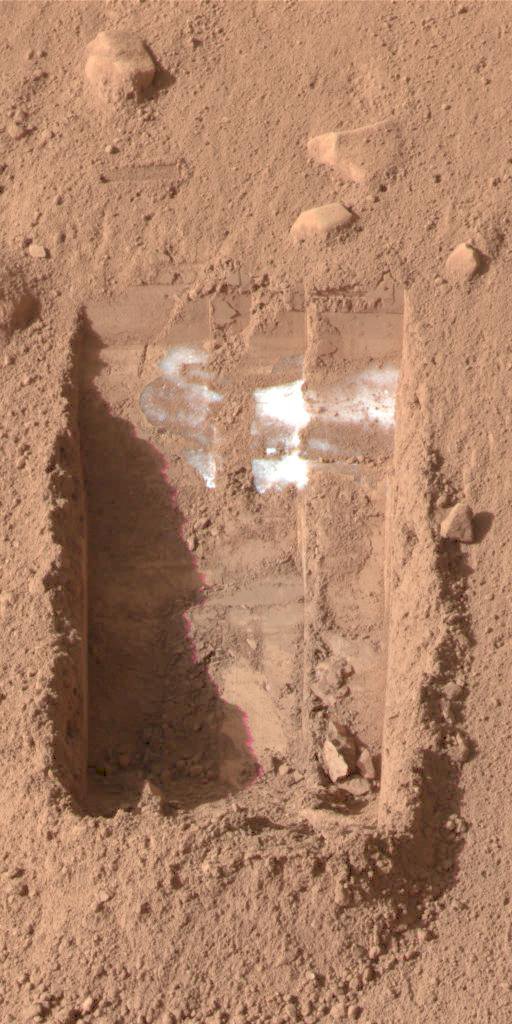 This color image was acquired by the Surface Stereo Imager on NASA's Phoenix Mars Lander on the 25th day of the mission, or Sol 24 (June 19, 2008).

The trench, called "Dodo-Goldilocks," is lacking lumps of ice seen previously in the lower left corner. The ice sublimated, a process similar to evaporation, over the course of four days.

In the lower left corner of the left image of figures 1 and 2, a group of lumps is visible. In the right images, the lumps have disappeared.