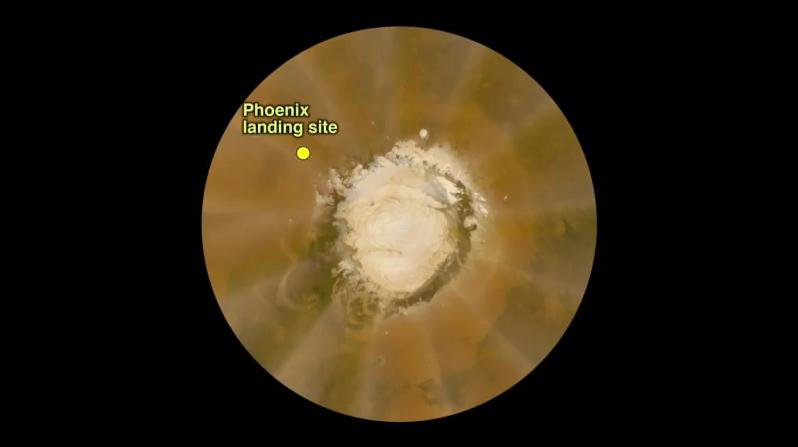 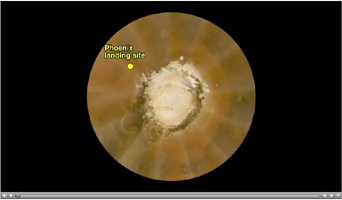 This false-color polar map was generated from images obtained by the Mars Reconnaissance Orbiter's Mars Color Imager (MARCI) on May 18, 2008. It shows a large local dust storm that researchers were monitoring to see if it would affect weather conditions at NASA's Phoenix spacecraft's landing site on landing day, May 25, 2008. The landing site is labeled and marked with the yellow dot.

The dust storm, indicated with yellow arrows in the close-up view, is the sinuous, light-colored feature to the left of the white northern polar cap at the center of the map.

This dust storm was too early and too far away to affect the lander.