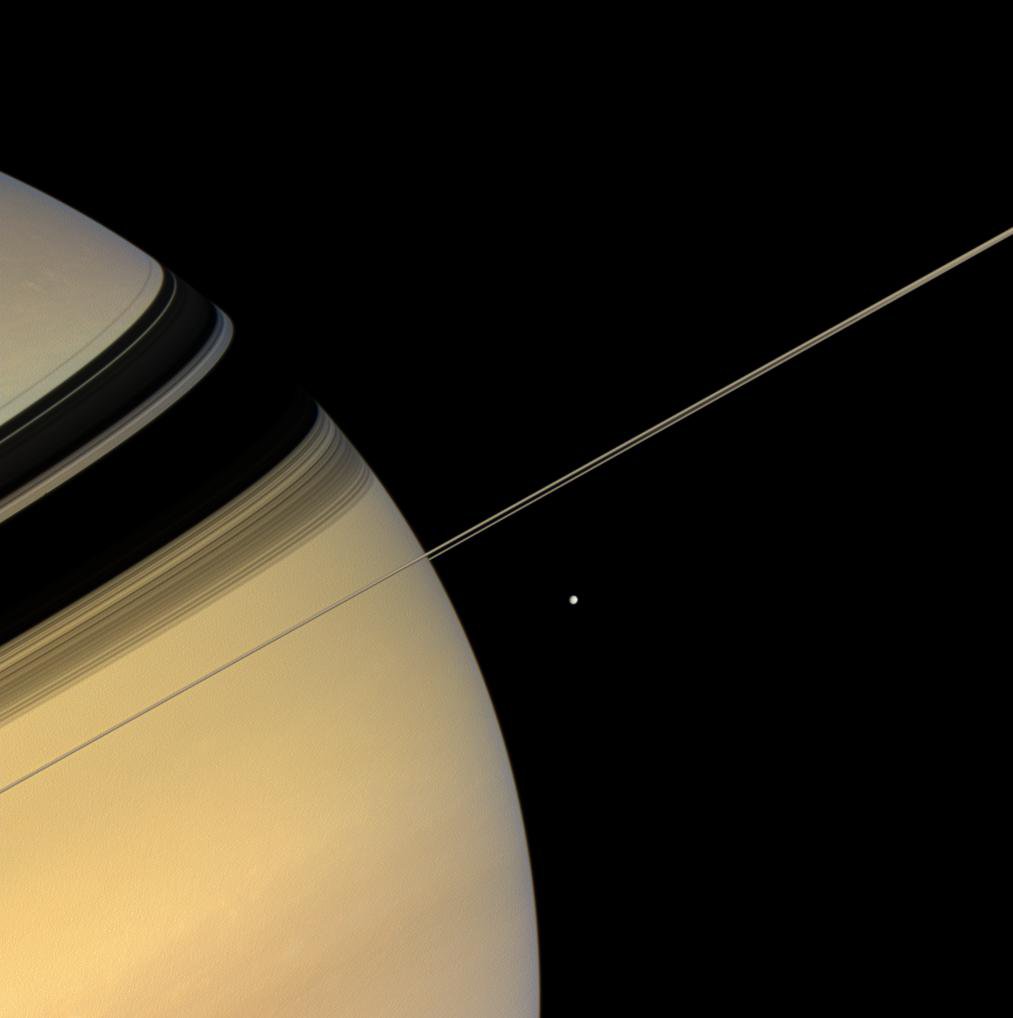 The serene beauty of Saturn invites the Cassini spacecraft's gaze as the spacecraft hurtles through this dynamic system, studying the giant planet's rings, moons, atmosphere, and magnetosphere.

The view looks toward the sunlit side of the rings from less than a degree below the ringplane. Images taken using red, green and blue spectral filters were combined to create this natural color view. The images were obtained with the Cassini spacecraft wide-angle camera on July 22, 2007 at a distance of approximately 927,000 kilometers (576,000 miles) from Saturn. Image scale is 56 kilometers (35 miles) per pixel.