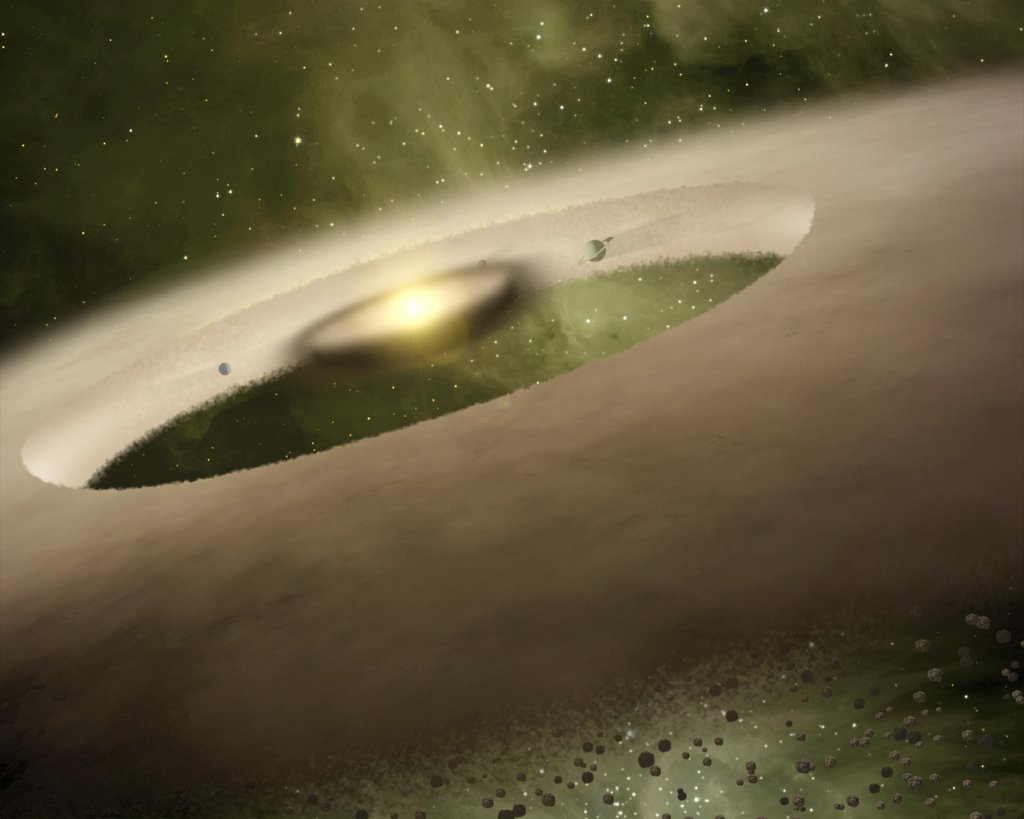 This is an artist's rendition of the one-million-year-old star system called UX Tau A, located approximately 450 light-years away. Observations from NASA's Spitzer Space Telescope showed a gap in the dusty planet-forming disk swirling around the system's central sun-like star.

Spitzer saw a gap in UX Tau A's disk that extends from 0.2 to 56 astronomical units (an astronomical unit is the distance between the sun and Earth). The gap extends from the equivalent of Mercury to Pluto in our solar system, and is sandwiched between thick inner and outer disks on either side. Astronomers suspect that the gap was carved out by one or more forming planets.

Such dusty disks are where planets are thought to be born. Dust grains clump together like snowballs to form larger rocks, and then the bigger rocks collide to form the cores of planets. When rocks revolve around their central star, they act like cosmic vacuum cleaners, picking up all the gas and dust in their path and creating gaps.

Although gaps have been detected in disks swirling around young stars before, UX Tau A is special because the gap is sandwiched between two thick disks of dust. An inner thick dusty disk hugs the central star, then, moving outward, there is a gap, followed by another thick doughnut-shaped disk. Other systems with gaps contain very little to no dust near the central star. In other words, those gaps are more like big holes in the centers of disks.